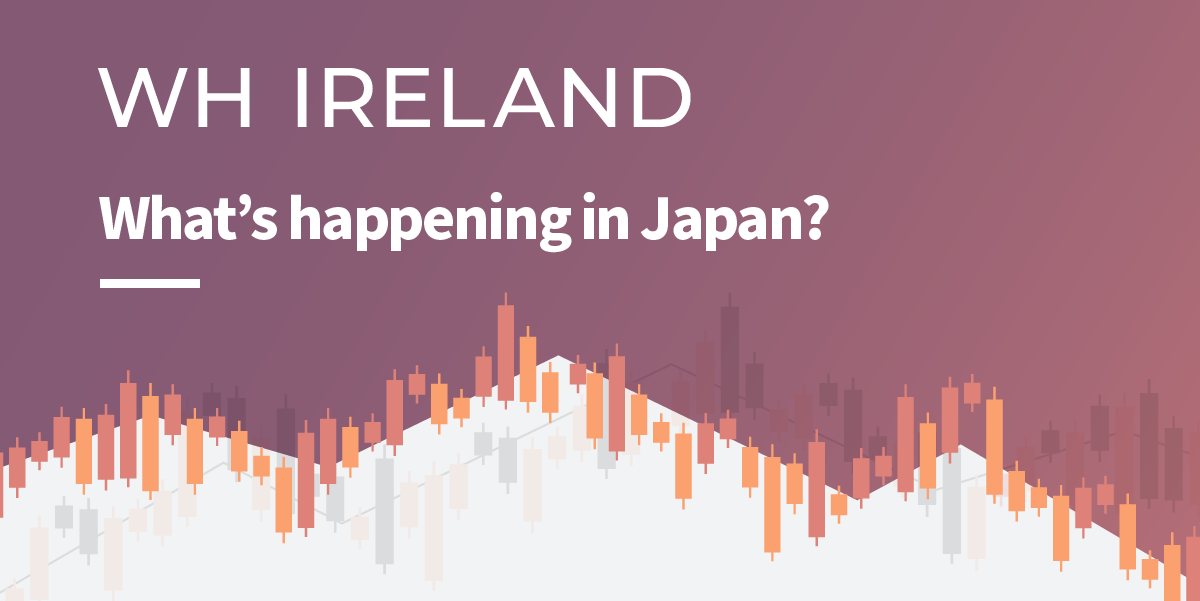 Extreme valuations, SPACs, meme stocks and Tesla have dominated the financial press recently. On the contrary, Japan has been largely ignored.

Where in certain parts of global markets there are worries about bubbles, there are no such concerns re Japanese equities. The Japanese market has been left behind in the Covid recovery and whilst technical factors have driven the market this year, fundamentals remain strong.

With the emergence of new Covid treatment pills from Pfizer and Merck, and a rapid pick up in vaccination rates, we are hopeful that the regular ‘States of Emergency’ that have plagued Japan’s economic recovery are now in the rear view mirror.

Given a cheap market, a new government with a larger than anticipated majority, several fundamental drivers and significant catch up potential, we have built up an overweight position in Japanese equities which this report will delve into in greater depth, we hope you find it of interest.

When Abe was elected Prime Minister in December 2012 Japanese equities went on a tear as investors bought into his “3 Arrows” of structural reform. However, this ebullience did not last much more than two years and since then the market has more or less reverted to its role as a warrant on global economic growth.

Debt and Demographics are also cited as reasons not to invest in Japan. However, as the chart below shows a continuous twenty year decline in the working age population has so far not prevented Japanese Corporate Profits from increasing dramatically despite the Great Financial Crisis, a Tsunami and Global Pandemic occurring during the period.

Despite investor concerns, the improvement in corporate governance, debt, margins and returns (which had started pre Abe) have continued and should herald an era of heightened interest from investors.

Corporate Japan has delevered significantly (as shown below) in the 21st Century – to the extent that it has more net cash companies than its developed market peers.

The improved financial position has enabled Japanese companies to dramatically increase shareholder distributions via both dividends and buybacks, as depicted in the following chart. Despite this big increase in distributions the payout ratio remains comfortably below 50% and compares favourably with both the U.K. and Europe.

Looking shorter term, on a one year view Japan still offers significant reopening opportunities compared to Western Markets. As depicted in the chart underneath a slower vaccine rollout program and a series of consequent ‘States of Emergencies‘ has meant that many more Japanese share prices currently trade below their pre-Covid levels than elsewhere.

How the ‘States of Emergencies’ have affected mobility and hence economic activity, leading to acute market underperformance v peers.

It is not just the growth dominated US market that Japan has lagged. Here is how it has performed against the more cyclically exposed (and accident prone) European Index. Taken together, the charts below and above combine to clearly demonstrate there is significant potential for Japanese Equities to play catch up.

Foreign investors have largely been absent from the market since March and could provide additional impetus should sentiment change. Indeed, there has been a protracted period of disinterest, with only a post Covid blip, since the trade wars escalated in early 2018.

A risk that is worth exploring is the large equity ETF position that the Bank of Japan has built up. However, as the following chart highlights, whilst a valid concern, particularly if it begins to get unwound, the quantum has collapsed year to date. I therefore consider this a modest risk that will be more acute for index names.

As per the global phenomenon, a massive revaluation of growth stocks has occurred over the last ten years, accelerating in the last two. This is both in absolute and relative to value stocks, as can be seen in the next chart.

This has dictated the performance winners and losers within the IA sector. JP Morgan and Martin Currie figure in the top decile over 3, 5 and 10 years whilst Threadneedle and FSSA feature over both 3 and 5 years. Again reflecting global trends, the top performers over one year have been value funds such as MAN GLG and Nomura Strategic Value. Jupiter Japan Income, which is owned in both Navigator and Wayfarer, is in the top quartile over each 1, 3, 5 and 10 years and is testimony to the range of ideas the managers encompass, albeit with a modest tilt to growth.

One fund we are looking to add to the list as soon as a suitable share class becomes available is Arcus Japan. Despite being labelled a value fund, both performance,  profit growth and book value growth delivered over the years imply that the fund is buying companies where profits are about to improve but have been on offer at cheap prices. The process starts with a quant screen and then both qualitative and further quantitative techniques are employed to reach the final portfolio. There is a turnover of 15% to 20% of names per annum and the team frequently top slice and add to existing names in order to optimise the risk reward.

Japan has failed to re-rate in the same way US and Europe have. This is despite demonstrable progress being made on reinvigorating the corporate sector with regards to all of Balance Sheet metrics, P&L metrics and Shareholder Returns.

When one combines this with an economy that is in the early stages of reopening and with another fiscal boost imminent, then the scope for positive surprises, both in absolute and relative to other regions, seem high. Furthermore, the Yen is one of the few global currencies that screens even cheaper than Sterling so this acts as a partial hedge against a more cyclical market in stressed conditions. It could even appreciate from current levels without anything going wrong!

Therefore, we have moved overweight Japan in Wayfarer and Standard Life model portfolios.