Our People – WHIreland
Internet Explorer is not actively supported by WHIreland. To make sure you’re able to use all features, switch to a compatible web browser, such as Google Chrome or Apple Safari.

Our expert team of investment managers have an in-depth experience of the financial markets combined with a strong focus on providing a friendly, straightforward and client focused service. 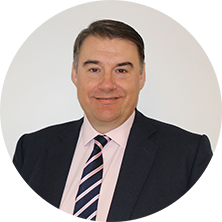 Stephen is an experienced executive director and leader in the wealth and investment management sector with a proven track record of implementing strategic change and generating shareholder value. Between 2000 and 2016 he worked at Brewin Dolphin, becoming Head of Wealth & Investment Management in 2013. In 2016, Stephen joined City Asset Management as Head of Sales. Stephen is G60 pensions transfer accredited, has the Advanced Financial Planning qualification from the CII, and is a Chartered Wealth Manager and a CAIA® Charterholder.

Stephen joined WHIreland as Head of Wealth Management in 2019. Craig is a Chartered Fellow of the Chartered Institute for Securities and Investments and joined WH Ireland in 2012 as Investment Manager and Head of the Poole office. Originally from South Yorkshire, Craig began his career with Charles Stanley in London nearly twenty years ago before relocating to Dorset in 2010. Craig and the team in Poole manage discretionary and advisory funds on behalf of a number of high net worth individuals, families, trusts and charities throughout the region and across the UK and overseas, together with private client discretionary portfolios on behalf of professional intermediaries. Mark has over 15 years wealth management experience within the Private Banking /Wealth Management industry. Prior to joining WHIreland Mark managed close to $1bn in clients assets under management at American Express Private Bank and Morgan Stanley Private Wealth Management across a range of institutional and private client mandates, with a core focus of providing bespoke discretionary portfolio management services, advisory dealing and execution only brokerage. Mark is a Psychology and American History graduate from the University of Sunderland and is a member of the Chartered Institute for Securities and Investments (CISI). 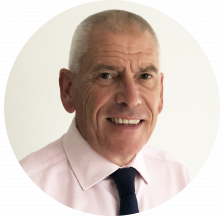 Richard has worked in the Investment Management Industry since 1980. In the past 10 years he has been on a managerial position at Brewin Dolphin, based in London. Richard joined WHIreland in April 2019 in order to pursue the rest of his career closer to home. He has wide experience of managing portfolios on behalf of private clients, Trusts and Charities. He is a member of the Chartered Institute for Securities and Investment (MCSI). Robert joined WHIreland in 2019 as Head of Research for the Wealth Management division. During his career as an investment manager Robert managed the Majedie investment trust and Hansard Global’s UK and global equity funds, later moving into wealth management as Head of Research and deputy Chief Investment Officer of Quilters. He subsequently led Legal & General’s collective fund research and governance team before working as an investment consultant and investment writer, counting the Investors Chronicle as one of his clients. Robert is an MBA, Chartered Fellow of the Chartered Institute for Securities & Investment and a former Army officer. Robert is a Chartered Fellow of the Chartered Institute for Securities and Investment, and a Chartered Wealth Manager.  He joined WH Ireland Limited in 2014 as Head of Wealth Management at the Manchester office.

Robert has over 30 years’ experience advising a number of high net worth individuals and families, trusts and charities across the UK. As well as being Chairman of the North West Regional Advisory Group of the London Stock Exchange, Robert chairs the Board of Trustees of the Wood Street Mission, the Manchester children’s charity. He has previously chaired Pro Manchester, the corporate membership organisation representing the financial and professional service community in and around Greater Manchester.