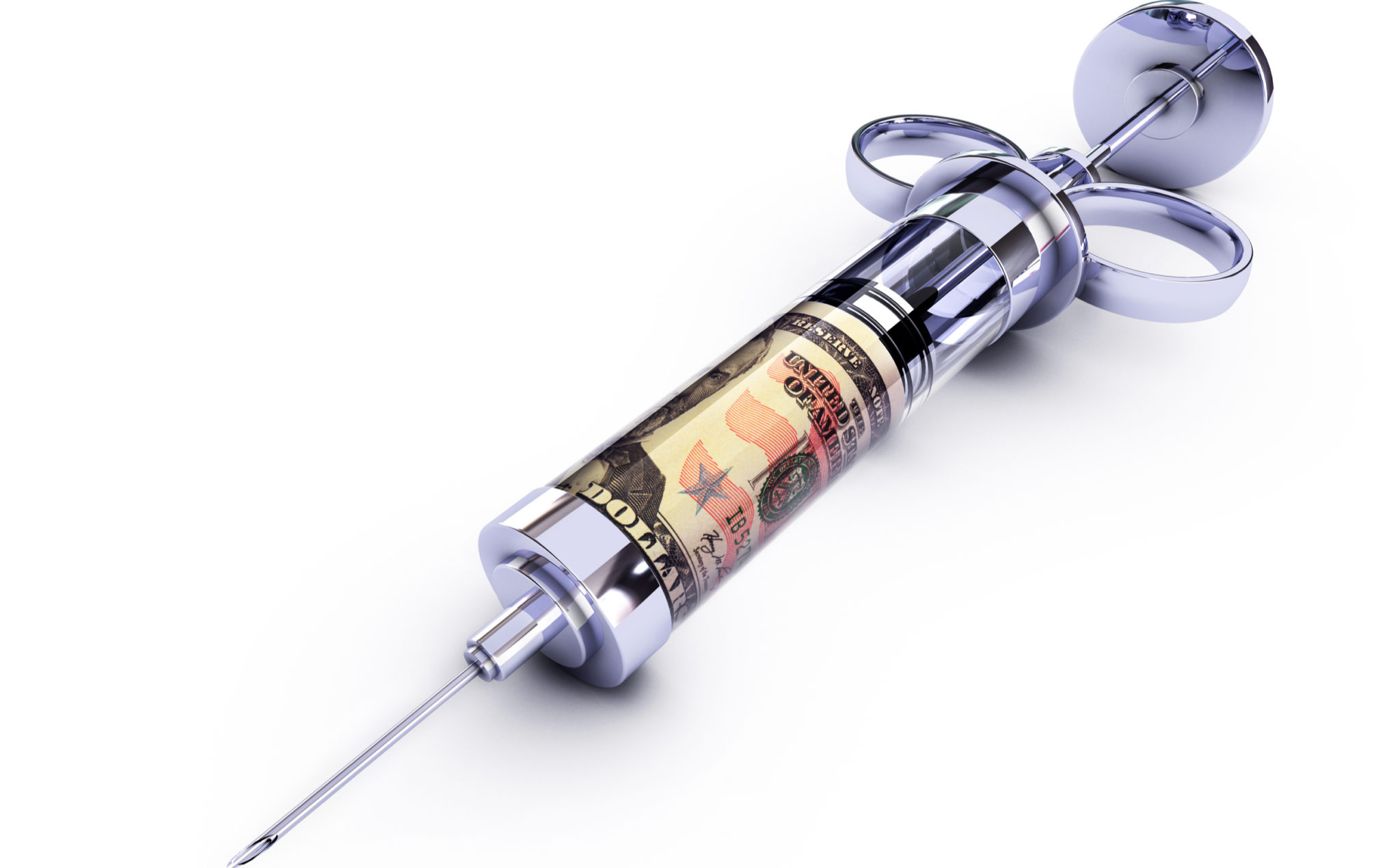 To reminisce is to revere. It was January BC (before corona). Indian Industrial Production had improved at the fastest rate in eight years after last year’s torpor. UK Business Confidence hit a five month high in January whilst employment grew 180k for the three months ended Jan 31st versus an expected gain of 145k. As a reminder, the UK CBI (Business Optimism) survey saw its biggest quarterly swing since its 1957 inception as it rose to +23 from -44. In the US job numbers were strong while Housing Permits rose to their highest level since 2007.

Indeed through February Japan had enjoyed three consecutive months of Industrial Production growth and four consecutive months of recovering retail sales. Moreover, the Eurozone Manufacturing Purchasing Managers Index (PMI) hit a five month high of (a still low) 47.5 and at a global level the manufacturing PMI advanced to 50.4 from 50.1 – the highest since April 2019.

Then the virus moved west. We can mostly skip February as it was a transition month from worry about the potential impact of the virus to the full impact beginning to hit in March. The numbers should have been expected as countries where services and consumerism account for the majority of economic activity basically shut down. However, despite being expected the slowdown has still been spectacular in both speed and depth.

The Italian Services PMI crashed from an expansionary 52 in February to a record low of just 17.4 in March. In the UK our Composite PMI fell to a record low of 35 with April expected to be even worse as the full effects of the lockdown kick in. In the US weekly new jobless claims have risen to fully six million in less than a month from a prior long standing number of just over two hundred thousand.

However, in the West we are in the eye of the storm. Most of Asia is passed the worst and we should look there for clues as to how our economies should recover from here.

The three charts below illustrate how Chinese economic activity is rebounding from the lockdown there. As you can see, much progress has been made in just one month although there is still some distance to go for travel and consumer facing businesses to fully recoup the fall off in activity.

As if the virus wasn’t bad enough, Saudi Arabia and Russia decided to cut off their noses to spite their faces by embarking on a massive oil price war in the midst of collapsing oil demand. This is despite the fact the real culprit for inducing prior excess oil supply (in their eyes) is the debt financed US shale oil companies.

The dramatic fall in energy prices added to investor fears of deflation and didn’t help confidence at all. When Saudi Arabia initiated the last price war in November 2014 its reserves fell from circa $2 trillion to just over $1 trillion. It beggars belief that they would risk losing almost all that they have left in another ultimately futile long-term price war. US shale companies in particular but also the big oil majors, have already slashed capital expenditures so the oil market will come back into balance. How quickly is about politics, not economics.

Records fell even faster than stocks and corporate bonds as Western investors went from indifference to outright panic in just three weeks. This was the worst Q1 on record for the S&P 500 despite the index being at an all time high on February 19th. It was also the quickest 20% drop from an all time high on record.

Volatility surpassed its previous GFC (Global Financial Crisis) peak and although gold and government bonds delivered positive returns they were not immune to bouts of severe volatility during the period.

The over leverage in the wider US bond market (although this phenomenon was not unique to the US) caused a dollar shortage (as investors needed dollars to cover positions) and resultant surge in dollar value.

Despite being the source of the virus Chinese equities suffered a comparatively modest 10% drop. Across markets mega caps outperformed their smaller brethren.

Sterling weakened against the Yen, the Euro and the Dollar and at one point had more than given up the gains from the lows of September 2nd last year.

The yields on all corporate bonds but particularly those with weaker credit ratings, rose substantially and again in record time (although not, as yet, to the record levels seen during the Global Financial Crises). This led to a record quick response from Central Banks in terms of injecting liquidity into the bond market and also in terms of providing financial assistance to afflicted industries e.g. airlines, to tide them over the lockdown.

Asia generally outperformed and the US did better than both Europe and the UK.

One item that needs to be mentioned is the instant and dramatic reduction in returns to shareholders that have been announced. Again unprecedented in speed, it is likely near term dividends will drop at a minimum 25% and probably 40% versus prior periods. Share buybacks have had similar curtailments. Some of these are because companies have seen revenue collapse to near zero for a couple of months, some have been politically mandated (banks and recipients of government aid) and some just as an insurance policy. Several companies have intimidated they will recommence payments as soon as the virus is over (government permitting).

Figure 1. Percentage change in markets and currencies during Q1

The quarter just gone was the busiest on record for Harpsden and ran at a level we hope we won’t have to repeat for many years to come. However, out of chaos comes opportunity and we acted to take advantage of the opportunities we saw arising. This included adding to equities, corporate credit and volatility related products, mostly financed by reducing our excess cash position. Asia and the UK remain our preferred areas and we added to both. Given the magnitude of the pullback we also added to the US and Japan after selling a little of each in late December. We have spoken to the vast majority of managers whose funds we own over the last month so as to keep abreast of how they see fundamentals developing and to discuss what actions they have taken. We have certainly become part of the Zoom and conference call frenzy of late but they have been very informative and helped keep our information up to date thus enabling more informed decisions.

The world has encountered several viruses over the years and overcome them all. I have maintained this one will be no different. Even before the virus emerged I had written that governments were going to use more fiscal policy in the future and the cult of fiscal austerity was waning. The onset of the virus has induced a response over a four week period that has been greater, by far, than the one I was expecting over several years. The table below shows this in terms of fiscal expansion as a percentage of GDP, globally this is already more than double the 2% of GDP seen in the Financial Crisis.

Chart 4. Fiscal stimulus announced around the world so far

Whilst much of this initial stimulus is aimed at getting the world over the lockdown period, the evidence so far suggests many governments want to keep it in place for a decent period afterwards to make sure the recovery takes root.

The virus has merely reinforced to governments (despite being more heavily indebted) that the nascent economic growth that the virus extinguished must be reignited and deflation avoided, even if at great cost to budget deficits. This should be good for equities but less so for government bonds.

Indeed most equity markets should advance and well capitalised small and mid caps should return to the fore as they can grow share in profitable, expanding niches. This will be especially true where weaker competitors have been mortally wounded of late. Given such stocks have underperformed the mega caps in the sell off, their rebound should be commensurately large.

With investors having suffered losses in 2018 and now year to date it is likely we will see a ‘sawtooth’ recovery that will have several stages. However, for those who stay invested we expect positive returns from here over both the medium and long term.

We suffered in Q1 with our emphasis on dividend equities over government bonds and an average market capitalisation below benchmark. However, our analysis leads us to the conclusion that the returns from such companies have merely been deferred, not cancelled whilst government bonds have become ever more dangerous. We therefore expect to participate well when investors come to the conclusion this has been a temporary pause in global growth and it’s not the end of the world.

Past performance is not a guide to future performance and investment markets and conditions can change rapidly.  Investments in equity markets will be more volatile than an investment in cash or fixed deposits.  The value of your investment may go down as well as up.  There is no guarantee you will get back the amount invested.  If your fund invests in overseas markets, currents movements may affect both the income received and the capital value of your investment.  If it invests in the shares of small companies, in emerging markets, or in a single country or sector, it may be less liquid and more volatile than a broadly diversified fund investing in developed equity markets.

The views expressed herein should not be relied upon when making investment decisions.  The article is not intended as individual advice and if you require advice or further information you should contact us.