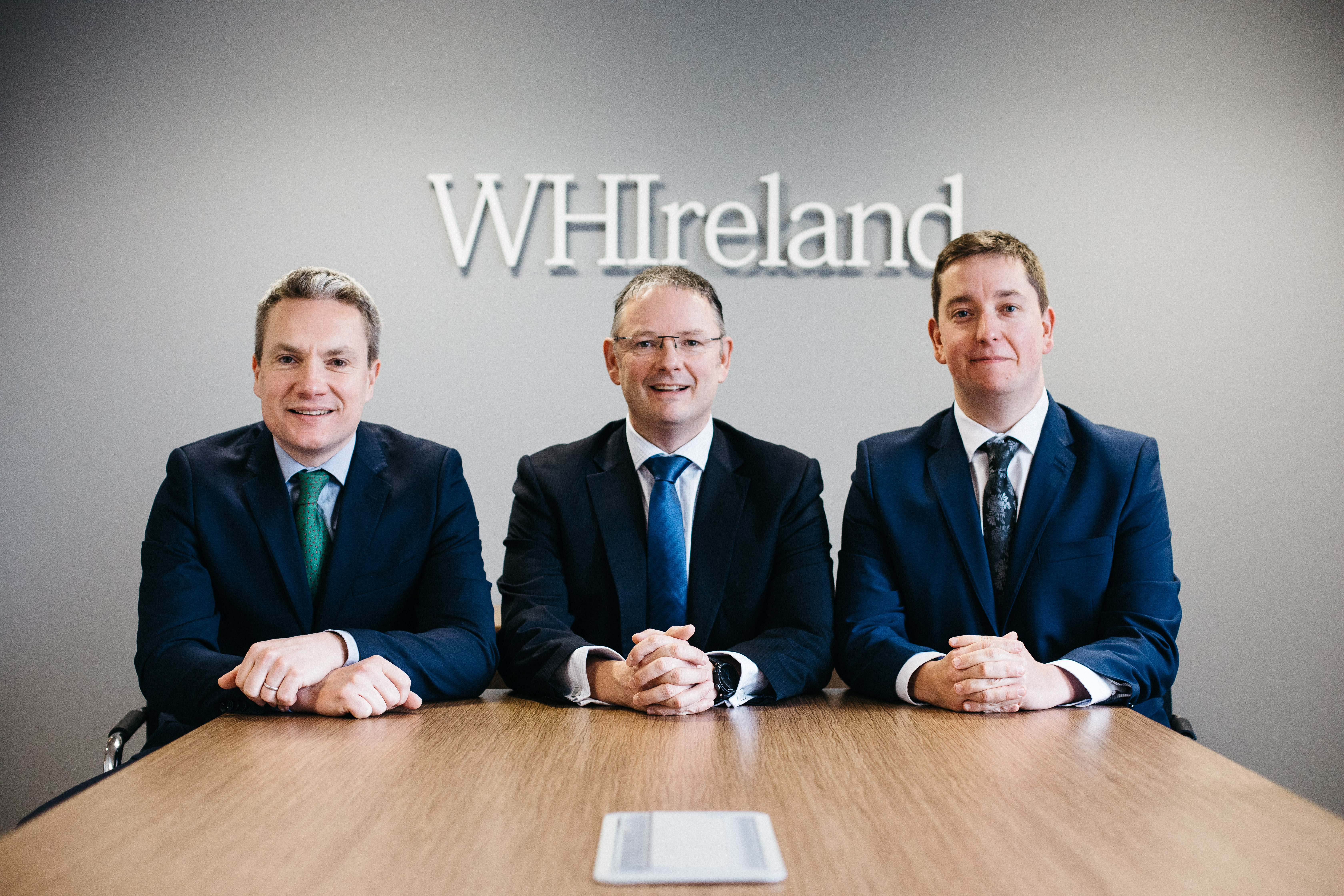 For a time in our history we successfully hunted, farmed and ate the seasonal foods within walking distance and built shelter from what the land provided. We were self-sufficient but as our needs evolved it wasn’t enough, we yearned for more. As a result we developed tool making skills, grew crops that our neighbours desired, and vice versa. This facilitated the barter system for the exchange of skills and goods for alternatives which was the advent of trade. As time passed the system developed into the use of precious metals as a medium of exchange which later led to the advent of currency.

The need to self-produce lessened as grain could be traded for meat or pottery for wood, domestic markets thrived and wealth was created; it is believed that around 75% of trade was conducted within a day’s travel. As the influence of cities and nations grew, they found that they could trade further afield, often buying non indigenous exotic goods such as; spices, wines, silks and precious metals. It was around 3000BC that the first truly international trade route was born linking modern day Iraq to Pakistan transporting mainly luxurious goods between cities, swelling already overflowing coffers.

Nations were accumulating great wealth from trading their natural resources.   Cyprus had vast copper deposits, Egypt produced papyrus and China was prospering from the trade in jade and silk. It is with China that we see the most prominent of the ancient trade routes, the Silk Road, named by Ferdinand von Richthofen, an eminent German geographer, which ran some 7000 kilometres from China to the ports of the Mediterranean. The domestication of camels helped the Han Dynasty to extend their trade routes across the whole of the Eurasian continent, linking cultures from Mongolia to India to Rome and Greece. The Silk Road not only opened up economic advantages for China but also helped to develop neighbouring countries, spread religious beliefs and scientific advancements. However, as the value of the route increased so did the threat of bandits along it and it soon became apparent to China that the safety and stability of the route were inextricable linked to the wealth and power of the nation. To help protect their trade interests, the Han Dynasty deployed tens of thousands of soldiers to police the Road thereby securing the route through settlements where diplomatic agreements had been made.  At the same time it was necessary to extend the Great Wall of China through exposed areas; providing one of the first examples of foreign policy to protect national interests.

As you would expect in the 1500 years since the Silk Road, global trade has grown in to a multi trillion pound industry.  As such, the policies that govern international trade have evolved from militaristic to political and tariff driven legislation. However, the effects of trading restrictions can still be equally devastating to a country’s economy when imposed, for example the Anglo-Irish Trade war (1932-1938). Thankfully the use of such aggressive protectionist policy has lessened over the past 70 years helped by the formation of the General Agreement on Tariffs and Trade (GATT) in 1948 which was replaced by the World Trade Organisation (WTO) in 1995.  The WTO has 124 nation members and its primary objective is the smooth and predictable movement of goods globally which is achieved through the appropriate regulation of international trade between nations.

Arguably, Donald Trump, has long complained about the trading practices of China and so his actions once installed as US President should not have been a surprise. In a campaign rally in April 2016, he stated “China’s upset because of the way Donald Trump is talking about trade with China. They’re ripping us off, folks, it’s time. I’m so happy they’re upset.” China seem to have been quick to recognise that President Trump needs to show his electorate a ‘win’ and so he would rather have a bad deal than no deal at all. In August 2017, the Trump administration launched its first formal investigation into the alleged intellectual property theft by the Chinese state. It was interesting from a historical context, in that the ‘Section 301’ investigation was originally formulated in a little known 1974 US trade law.

As 2017 drew to a close, it should also be noted that President Trump’s reluctance to engage in wider environmental matters, such as the withdrawal from the Paris Accord, meant that China could foster closer ties with Europe. The first area specifically targeted by the US against China was the import of Chinese aluminium foils to which tariffs of between 16.56% and a staggering 80.97% were imposed. US authorities had deemed that subsidised Chinese companies were effectively ‘dumping’ the product in the US market.

2018 saw three further rounds of tariffs imposed by the US on Chinese goods worth over $250 billion and across over 1,500 product categories. The duty levels were up to 25% and covered a wide range of both industrial products, including steel/aluminium and solar panels but also consumer items such as cosmetics, handbags and televisions. There was a sense of frustration in the US, that foreign companies had been encouraged to invest in China via joint ventures but this then left the companies vulnerable to intellectual property theft. The Trump Administration put the value of the theft at $300 billion a year, in addition to the burgeoning trade deficit of $500 billion.

In response, China retaliated with tariffs on $110 billion of US products. Interestingly, these were targeted on companies that operated in states that were staunchly Republican and included sectors such as chemicals, coal and medical devices. Indeed, a business coalition launched the lobbying group ‘Tariffs Hurt the Heartland’, arguing that the trade war costs America $810 every second. China also undertook more sophisticated tactics in the guise of slowing customs clearance for US goods and increasing the level of regulatory scrutiny.

The two sides appeared to be close to a resolution as negotiations progressed in December, with the planned increases in tariffs postponed, for a 90 day period. Much of the diplomatic time was focussed on technology issues, notably forced technology transfer, cyber intrusions, cyber theft and intellectual property protection. Other nations were monitoring the situation closely, a drop in Chinese exports would hit Malaysia, South Korea and Taiwan the hardest.

After several meetings in early 2019 with no substantive agreement, President Trump in early May stated that the previous tariff levels of 10% would be increased to 25%. Critics of the President highlight the irony of his actions, in that it is US consumers who are ultimately being hurt by suffering the increased level of prices.

It comes as no surprise that any suggestion of, or a move towards a trade war is not necessarily the best outcome for either party or the world as a whole.  One could argue that in a less globalised world, where multinationals did not rely on globally sourced raw materials, specialist skills and shipping routes this was a far more focused tactic that could benefit the instigator by evening up an uneven playing field in a relatively short period of time.  Conversely, in today’s global society it could be concluded that trade wars are narrow minded, behind the times and highly damaging for both the instigator and all major economies involved with complex supply chains.  In the current environment, the US trade tariffs are indirectly affecting Japan, whilst potentially benefitting smaller manufacturing nations such as Thailand, Indonesia, Philippines, Vietnam and also larger ones such as India.

Living in a relatively small economy we, as well as many similar smaller economies, have to stand back and watch while two of the world’s heavy weights battle it out in the public arena.  Protocol would have suggested that the US engage with the WTO to discuss, negotiate and arbitrate with China as both Nations are members and have been for quite some time.  This is not the US President’s style.  So we are where we are.  Diplomatic progress behind closed doors is no longer an option for either party.  There are several ways in which the US and China could resolve their differences, however it will take compromise and that will take time.  In all likelihood the US President will use the China trade tariffs as a 2020 Election headline and therefore we may well have some time to wait before any resolution is found.

In the meantime, China has many tools to stimulate their economy and also 28% of the US’s Government debt which if sold in part would cause great concern in the US debt markets, potentially weakening the US dollar, thereby reversing what President Trump is trying to achieve and raising US interest rates.  To say this is a political and trade game with more possible outcomes than a game of Othello is an understatement.  What is certain is that global confidence and growth rates will come under pressure because of the magnitude of uncertainly and as a result investors should be braced for further volatility in global markets until resolution is ratified.