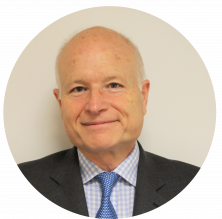 The week to Tuesday’s close saw the UK top 100 companies index gain 0.1%, the US S&P 500 Index give up 0.3% and the Euronext 100 Index decline 0.4% as profit taking early in the period was offset by Monday’s substantial gains on the positive news on a vaccine test and that France and Germany had agreed a proposal for the long-awaited €500 billion European recovery fund. Oil and other commodities also gained, with Brent Oil Futures gaining 25.4% to close at $36.98.

The rapid deployment of similar politician-led packages around the globe and the “As much as it takes” stance of the world’s central banks have provided substantial support for many businesses and individuals and substantial support for financial markets.  That said, the past week has seen comments from Andy Haldane, Chief Economist of the Bank of England and the Chancellor, Rishi Sunak cautioning that locking down the economy has created substantial financial and social issues that will reverberate for years to come.  With the key consumer economies of Europe, the UK and the US gradually reopening it makes sense to caution against over-optimism and to expect the landscape to be different from the recent past. In particular people and businesses need to be prepared for the gradual removal of the current support schemes.

Andy Haldane talked about the eighties, a period of initially very high but rapidly reducing unemployment that saw a rise in living standard funded by rapid growth in the availability of credit and by falling interest rates.  With increasing talk of negative interest rates in the UK the 40 year decline in gilt yields looks to have come to an end. Interest rates on Gilts may be close to zero but only because investors know that what they buy from the Treasury will likely be bought by the Bank of England under Quantitative Easing. This method of financing government spending is just one small step short of direct monetary financing – where government simply prints the money it needs – which is the point at which inflation usually takes off and when international investors require far higher interest rates to finance them.  Maintaining the confidence of international investors that the government and Central Bank are not going to over-step the mark is essential.

Both the Chancellor and Haldane are trying to manage expectations.  While the recession may be at its deepest this quarter it will not be over for the economy for some time and for many individuals, much longer.