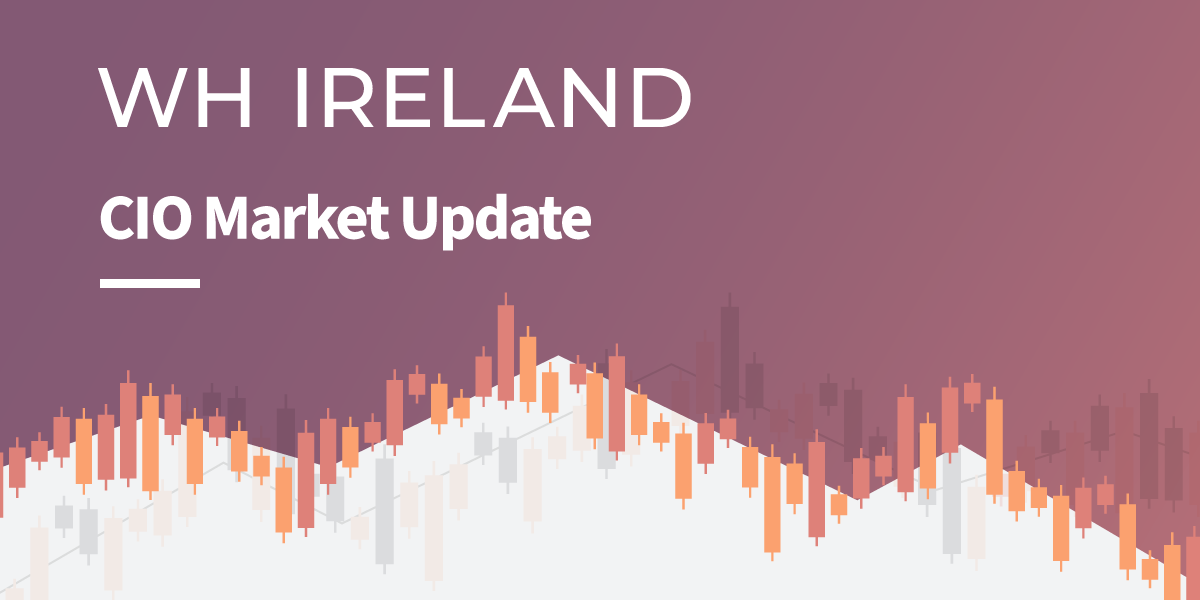 There has been much for investors to digest in the last few weeks and it would be fair to say a lot has left a sour taste in their mouths! The main event has been the step change in both actions and communication from central banks in the Western World.

At the beginning of the year they were behind the curve with regards to dampening both actual inflation in the real economy and inflationary expectations within financial markets. Their current policy, however, is to raise interest rates in an ever aggressive manner whilst intimating they are prepared to throw economies into recession in order to tame expectations of future price rises.

Given that many Western Government Bond (“Gilt”) Yields started the year at close to the lowest levels they had been for centuries, the fallout we have seen was to be expected. This has had a natural knock on effect on corporate bonds and equities alike, particularly equities which were very highly valued compared to history.

As the US is furthest along in raising rates the Dollar has climbed to a 20 year high against a basket of other currencies and this in turn has consequences for many financial markets.

Here in the UK, we have seen Sterling especially weak (down around 20% year-to-date), due to political uncertainty. On Friday (23rd September), this uncertainty was replaced by dismay (which will perhaps prove temporary) over a giveaway budget which to many investors is unfunded and represents a 180 degree policy shift from the previous three Conservative leaders we have had in the last six years. However, investors in the recent past have been more forgiving of such generosity, so maybe the reaction tells us as much about investor sentiment as it does about the competence of our Government.

Fortunately at WH Ireland all of our centralised model portfolios entered the year significantly underweight in fixed interest as we considered the ultra-low yields to be unsustainable. Even within the fixed interest we do hold we have sought to ensure we have less vulnerability to rising interest rates than the relevant MSCI PIMFA benchmark (in technical terms we have lower duration than benchmark).

We have also intimated in recent Monthly Commentaries that the UK equity market offers statistically very good value compared to both other markets and its own history. We added that we were waiting to buy as the summer usually provides volatility, of which we can take advantage (the old stock market adage of “sell in May, don’t come back ‘till St Leger Day” has once again played out this year).

So in an incremental way we have added to Fixed Interest and are ready to pick up some equity bargains after the significant falloff we have witnessed.

Despite the hysterical headlines and very real cost of living problems many are dealing with, the facts are that many sources of inflation are already past their peak (e.g. commodity prices, including oil), whilst European Governments have taken several profound moves to limit the impact of spiralling gas prices on the amount consumers and businesses pay for their electricity.

It seems as if both investors and central banks have once again forgotten a key point of Economics 101. This point estimates there is almost always a time lag of between nine and eighteen months until the full impact of changes in interest rates kick in.

All this will serve to do is make the natural slowdown in inflation more significant. This will become evident over the next six months or so and lead to a calming of investor nerves, which in turn will stabilise financial markets.

Whilst it is impossible to call the bottom, we want to be prepared for this stabilisation and are therefore in the process of systematically taking advantage of opportunities as they arise.

To put some of the moves into perspective consider the two following generic examples of how things have changed (these are for illustrative purposes, refer to past performance which is not a reliable indicator of future results, and are not recommendations to Buy).

One year ago, an investor in UK 2 year Gilt would have received 0.4% per annum in interest. Today that number is over 4% per annum!

For an example further out the risk spectrum, an Emerging Market debt fund we monitor has seen its yield rise from 8.5% to 13% over the same period.

These significant changes are replicated in many markets around the world and merit our attention.

I will therefore repeat our steadfast message that we welcome periods of volatility as they enable us to systematically enhance long term returns by picking up desired assets at more attractive prices.

That is certainly not something to be afraid of.