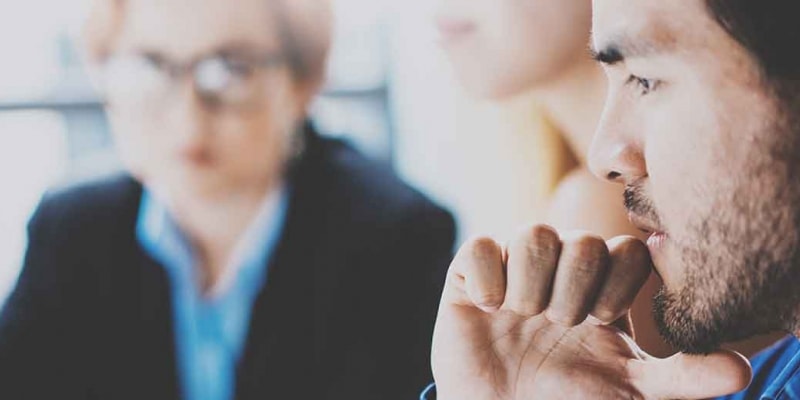 2016 was a volatile year for investors with many ups and downs. On Thursday 19 January 2017, John Goodall, Head of Private Client Research at WHIreland, spoke at our 2017 Market Outlook seminar which examined the outlook for the major asset classes in 2017 and where investors may be best positioned.

Below is a summary of the highlights of the seminar which we trust you will find interesting. If there is any additional information you would like that this article does not cover, please do not hesitate to contact a member of our team.

Where is the market now?

Equity markets have moved higher after Trump’s victory, particularly in the US and the UK. However, performance has been biased towards specific indices and sectors. The UK All World Index rose 6% in 2016.

The CAPE Shiller P/E, a valuation which is adjusted for inflation, shows that US equities have only ever been more expensive in 1929 and the period between 1997 and 2002.

Much of this has been due to the extraordinary actions of Central Banks: low/zero interest rates and record Quantitative Easing (“QE”) or Money Printing. The Federal Reserve (“The Fed”) printed around $3.5tn from 2008 to 2015, a figure which was matched by the European Central Bank and Bank of Japan from 2014 to 2016. However, there are limits to QE because the more central banks do it, the weaker the currency gets, meaning that they need to do more to achieve the same impact in US dollar terms.

What is the Bull Case for the market, especially following Trump?

Much of the recent strength in equities has been down to hope that Donald Trump will generate inflation and stimulate growth in the US economy after a period of slow recovery.

A reduction in taxes may stimulate spending. Reducing the tax on repatriation of foreign earnings may help to encourage businesses to increase investment in the US. Trade reforms may help increase domestic production. Relaxing regulation, particularly in banking, will help too. Infrastructure investment is also positive, although there will be limits to its implementation. It is hoped that the changes will create a positive multiplier effect.

Focus has been on the positive aspect of Trump: on the negative side, restricting immigration will be negative for growth. Trade reform could create an era of protectionism, a negative for global growth.

A reality check: looking at the deflationary trends of Demographics, Debt and Technology.

There are other reasons to be optimistic: stabilisation in China, improvement in Europe with unemployment down to the lowest since 2009.

However, we are late in the business cycle: the current expansion in the US is already 90 months in, against an average of 58 months post 1945. Much of the benefits are already in the past.

There are three main structural issues to consider which question the inflationary outlook:

1. Ageing demographics: this puts a greater burden on the government to provide pensions and healthcare, potentially creating the need for higher taxes. Due to increased life expectancies, people are living longer, yet at the same time, the workforce participation rate is declining because of fewer opportunities. An aging population will lead to weaker demand for high-value items, in particular housing.

2. Debt: the world has $152 trillion in debt according to the IMF. Whilst GDP expansion has been linked with growth of debt, there are limits as to how much further this has to run. Debt growth has slowed having topped 100% to GDP in 2011. This is likely to mean lower growth going forward as people focus on servicing existing debt.

3. Technology: growth is developing rapidly. Millions of jobs are now threatened by robots and arguably we are on the verge of a new Industrial Revolution. Whilst there will be opportunities to invest in the right areas, this also means that costs are likely to fall sharply. For example, a 3D printed car can already be made with 40 parts as opposed to 2000 parts for a traditional vehicle (excluding the battery, motors, windows etc.).

Also, geopolitical risks remain elevated this year. Eurasia predicted that 2017 would be the most volatile year for political risk since 1945.

What is the outlook for Currencies?

All the major currencies have weakened against the US dollar over the last five years. Mainly this was due to QE/low interest rates but also improved prospects in the US, at least relatively. Although The Fed is unlikely to raise rates 3 times this year, even one or two hikes should be sufficient to attract capital as no other bank is set to increase rates for a good few years yet.

What is the outlook for Bonds?

Inflation is set to rise sharply over the short term, primarily due to rapid year-on-year increases in oil. We forecast that it will peak in May this year (to be announced in August) at around 5%, potentially slightly less, before dropping back to around 2.5% by year-end. This will provide an opportunity to buy into the bond market, perhaps in the second half of this year. Index Linked Gilts are likely to perform well in the short term, at least before inflation peaks, although beyond that, the level of inflation required seems too high.

What is the outlook for Commodities?

Gold has performed well as interest rates have fallen. More generally, it remains a good hedge, performing well as equities fall. Another reason to be positive on gold (and other real assets) is the “war on cash.” We are seeing central banks restrict cash (notably in Sweden and India) and encourage and prioritise electronic payments (in the UK). As people become more distrustful of banks, appetite for gold will increase.

There has been excitement in oil recently, but the market seems to be missing the potential for increased shale production in the US which is likely to offset the proposed OPEC cuts. Industrial metals have performed well, but much has been based on speculation. To some extent this is priced in with futures prices forecasting contraction, providing a margin of error for investors in mining stocks.

We see little scope for appreciation in UK markets this year and see the likely outcome to be further sector rotation. Whilst the prospect of higher interest rates has been positive for one group of stocks (e.g. banks, oil, mining), it has been negative for another (e.g. consumer staples, real estate, healthcare) because dividends are seen as less attractive. Most returns are expected to come from income.

WHIreland’s asset allocation for the year ahead focus on income contrary to the feel good factor surrounding cyclical elements of investor allocation. We have a modest cash position, reflecting full value in certain equity markets. Our other notable overweight position is in Alternatives where there is an opportunity to improve portfolio yields. It is also a good trade-off to low yields in bond markets. Our Alternatives position also contains gold which represents a valid diversification strategy which is uncorrelated to equity markets.

In our lower risk mandate we have started the year with a small underweight position in US equity, reflecting the index has only been more expensive in six of the last 116 years in terms of company earnings adjusted for inflation. In the higher risk mandates we have an underweight position in bond markets reflecting low yields in the market. In the short-term, inflation is expected to rise, which will also be unattractive for fixed interest. Our final underweight position is in the Far East. This is considered to be reliant on exports and during 2016 international trade has fallen to its lowest level since the financial crisis in 2008. This could be compounded in the current year with the election of Donald Trump and his protectionist policy agenda and possible exit from the Trans Pacific Partnership.

When drilling down into our direct UK exposure our overweight and underweight position have remained fairly conservative, given last year’s strong performance in the Mining and Oil sector dominating the returns in the overall index.

We have positioned ourselves in areas where we can provide sustainable growth in both capital and income. Consumer Goods remains a cash generative sector with strong margins. However, the sector underperformed the index in the final quarter of 2016 after concerns were raised surrounding higher costs due to a weaker pound and their ability to pass on price rises to customers. Over the long term we remain favourable of constituents in the sector focused on food, household and drink products, which have an excellent track record of maintaining good margins throughout a business cycle. This allows these businesses to maintain dividend growth well above inflation.

Another area where we have a long-term overweight position is Industrials. It is a broad sector which on the whole, benefitted from a weaker pound in 2016 reflecting international revenue streams. We see benefits in strong margin businesses that have good barriers to competitors and offers innovation through new technologies and markets to maintain growth.

For the year ahead we are underweight in the Consumer Discretionary sector which has suffered from an influx of domestic uncertainty following Brexit. There are also signs domestic personal debt is rising and the savings ratio is falling (the lowest level since the 1960s). Although valuations are starting to look more compelling, the catalysts to turn the corner are few and far between.

The final element where we remain cautious is Utilities despite a track record of delivering dividend growth above inflation. Concerns surrounding the political pressure placed on the industry and higher regulation, has meant it has been difficult for the industry to increase prices. This has resulted in the sector increasing net debt to meet investment and dividend commitments, which is unsustainable over the long term. Earnings have not met dividend growth and as a result the payout ratio of dividends as a proportion of earnings has increased leaving limited margin for error.