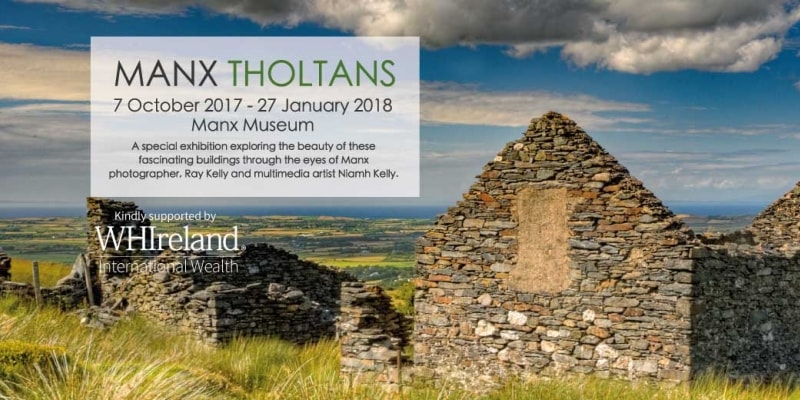 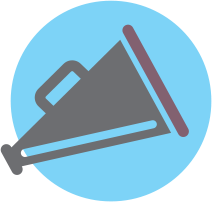 A special exhibition, supported by WHIreland International Wealth, exploring Manx Tholtans will open at the Manx Museum on 7 October 2017. 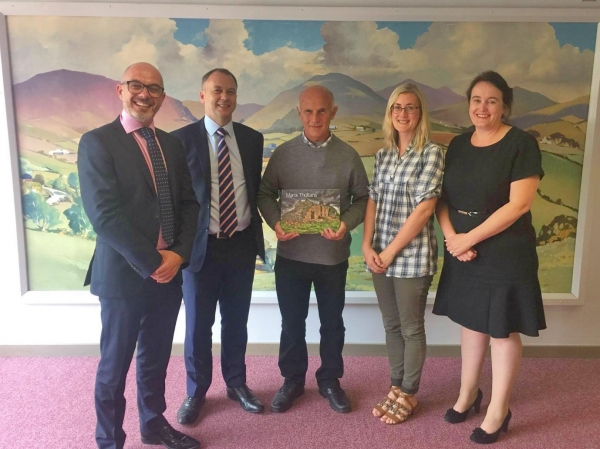 Tholtans, the Manx word for describing the ruins of an old home, are rapidly disappearing from the island’s landscape. In this exciting new exhibition, the beauty of these fascinating buildings will be discovered through the eyes of Manx photographer Ray Kelly and multimedia artist Niamh Kelly.

“Having been born a Manx man with a long tradition of farming, I have an interest in keeping the heritage of the Isle of Man alive.  I began photographically recording the Island’s Tholtans some thirty years ago; the rate of deterioration is tangible. I felt I had to record them before they disappeared, and so began my fascinating journey which has taken me to many remote parts of the Island.

Walking in these remote places, the feeling of tranquillity is overwhelming, and I am mindful of the hardship that the inhabitants of these buildings endured to survive and make a living.

I don’t think I can ever say categorically that I have recorded every tholtan, but I am happy that the ones I visited are now stored forever, frozen in time on the day I took the pictures.”

The exhibition will feature photographic prints by Ray Kelly that paint a picture of Manx life in times gone by. The prints are carefully complemented with detailed 3D artworks by Niamh Kelly, including ceramic tholtans skilfully captured in miniature form and a life-size sculpture of a sycamore tree. The passion, care and attention to detail within each of the works is highly evident and provides a testament to the beauty of these buildings.

“It’s been fascinating to deliver this exhibition with Ray and Niamh Kelly. Tholtans are a subject of intrigue for me. Upon finding these derelict buildings dotted around the Manx landscape, I wonder about the people who lived there; their way of life and their reasons for leaving – all questions raised in the exhibition.

Objects and archives from Manx National Heritage tell us more about these places; once thriving homes and farmsteads, now crumbling into the earth. The peace and tranquillity of these sites is poignantly captured by Ray and Niamh – not forgetting the hard work, resourcefulness and industrious spirit of those past occupants.”

The upcoming exhibition has kindly been supported by local investment firm, WHIreland International Wealth. Managing Director, Will Corrin, who also farms 120 acres in Colby has a particular passion for the island’s landscape. Will adds;

“We are delighted to be able to support Manx National Heritage and their Manx Tholtans exhibition, which explores the beauty of these buildings through the eyes of Ray and Niamh Kelly. It’s important for all of the team at WHIreland International Wealth to play a part in the community where we live and work. By doing so, we have an opportunity to focus our corporate social responsibility activity on projects that benefit Manx society and celebrate Manx heritage and culture. I am confident the exhibition will be a thought-provoking glimpse into the Island’s rural history.”

The Manx Tholtans exhibition coincides with the launch of Ray Kelly’s second book, Manx Tholtans Volume 2, which, along with Volume 1, has inspired the exhibition and will be available for purchase from the Manx Museum Shop.