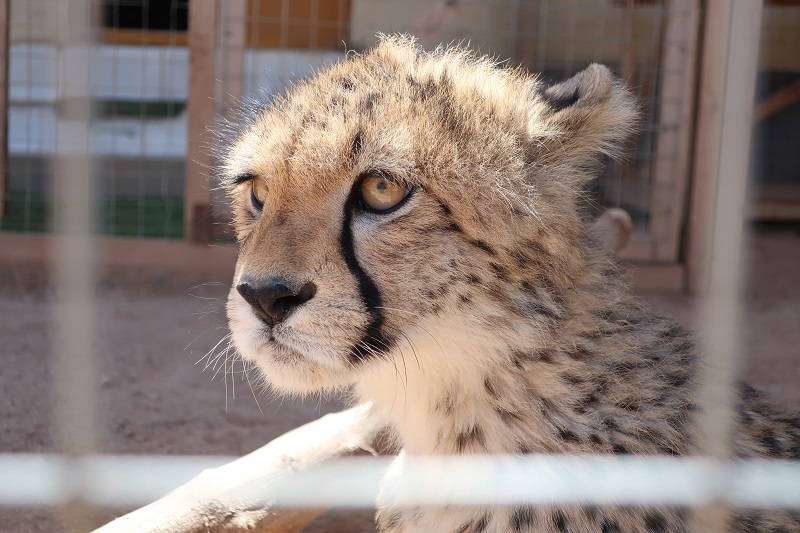 Whether you are a budding conservationist or have no more than a passing interest in the natural world, you probably know that Cheetahs are the fastest land animal in the world. However, you may not know they are one of the most vulnerable.

Cheetahs are Africa’s most endangered big cat. Less than 7,500 cheetahs remain in the wild. In the Horn of Africa, cheetahs are at serious risk of local extinction due to a deadly combination of the illegal wildlife trade and human-wildlife conflict.
Around 300 cheetah cubs are taken from the wild each year, the majority from the Horn of Africa, to meet the demand of the illegal pet trade. With less than 500 adult cheetahs in the whole area, cheetahs will soon be lost from the landscape altogether.

“Every cub taken puts us one step closer to losing cheetahs in the Horn.” according to Dr Laurie Marker, Founder and Executive Director at Cheetah Conservation Fund (CCF).

Founded in Namibia in 1990, CCF is the global leader in cheetah conservation and is dedicated to securing a future for the cheetah. CCF’s global campaign to ‘End Cheetah Trafficking’ focuses on the urgent threat in the Horn of Africa where cubs are being stolen from the wild to supply the international illegal exotic pet trade. They are also being taken domestically by nomadic farmers to prevent livestock predation, which is often mistakenly attributed to cheetahs.

While the international trade in cheetahs is banned under CITES, animals continue to be smuggled from the Horn of Africa to the Arabian Peninsula via a well-established trade route between Somaliland and war-torn Yemen. The vast majority are sold via social media (Instagram and Facebook) and mobile phone apps for up to US$10,000 per sale.

It is estimated that 75% of cubs taken from the wild will die before becoming a pet, having suffered from malnutrition, dehydration and abuse by traffickers. Of those that survive, the majority won’t live beyond two years in the hands of their owners.

CCF works with governments and non-governmental organisations (NGOs) in the Horn of Africa and the Arabian Peninsula to help reduce supply and demand for cheetahs, and supports the government of Somaliland in confiscation missions. CCF has also started community awareness campaigns in Somaliland and Ethiopia as well as providing lifesaving and lifelong care to the 55 rescued cheetahs in three ‘Safe Houses’ in Somaliland. CCF is planning to develop a Somaliland Cheetah Rescue and Conservation Centre which would form part of Somaliland’s first national park.

CCF UK hopes to raise £30,000 to support urgent, holistic community development projects to reduce the supply of cheetahs to the trade, and tackle key drivers such as human-wildlife conflict, habitat loss, climate change and poverty.

This is our chance to save the iconic cheetah from extinction and secure a future for all who share its landscape – including humans. All support is welcome. For details of how to get involved please contact Faith Griffths: faith@cheetah.org.uk