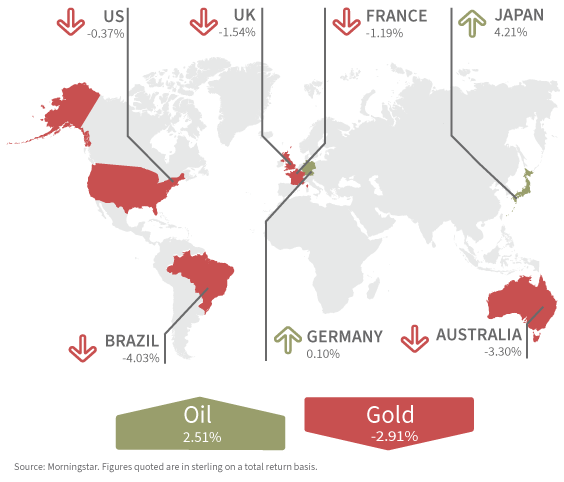 The global stock market rally that started in late March petered out during September as technology and other Covid-19 beneficiaries gave up ground. While it could simply be another short-term consolidation and the story remains positive, supported by sales growth, the prospect of other industries returning to growth does lessen their relative attraction.

As we move into the final quarter of the year we will get a better feel for the underlying problems that lockdown and gradual recovery has left, for example, how many jobs have been lost and what the government will do about the huge debt it has incurred during the crisis. It is a problem faced by many governments but it is important to maintain the confidence of international investors in the pound. Our expectation is that the government and the Bank of England will remain focused on ensuring growth, so interest rates will remain low and we will see further selective support for the hardest-hit industries. This supportive environment has seen companies gradually resume dividend payments and a pickup in mergers and acquisition activity, both signs of a high level of confidence in the future.

Looking into the next quarter we expect market volatility short-term, not only around Covid-19 but also as Brexit edges towards completion and as the US Presidential election clarifies the future direction of US policy. But the underlying trend of economic recovery will remain, providing a positive outlook for portfolio returns in 2021.

The recovery from lockdown continued across both the manufacturing and services sector, with the widely watched PMI indicators both above 50 at 54.1 and 56.1, both showing strong growth. While the press is making much of the local lockdowns the policy is consistent with the Prime Minister’s comment, made as lockdown eased, that we could see a ‘Whack a mole’ strategy employed to slow transmission. Although the economy still in recovery mode, it is not universal. City centres remain subdued with office workers and tourists staying at home, ensuring the eateries, bars, and shops that depend on the struggle. Retail remains strong online and is rapidly recovering out of town.

In step with other western markets, the UK stock market ended the month weaker, returning a negative 1.7%. Longer-dated UK Gilts, those maturing in more than 15 years, saw prices rise 2.8%.

The reported rise in Covid infections, in Spain and France in particular, led to modest weakness in stock markets but with the pound slightly weaker against the Euro a positive return of 0.6%.

The “bull” run finally came to a halt, with all three major indices down on the month. Technology stocks were the biggest faller, falling -5.7 % in local currency as concerns over the valuation and regulation of the largest technology players came to the fore. The broader S&P 500 and Dow Jones were also down. Economic news was mixed but broadly positive, with most indicators pointing to a pick-up in activity from the deep recession in the spring and early summer. COVID 19 infection rates remained at high levels, with numerous restrictions still in place. Mindful of the risks to, and fragility of, any economic recovery, the Federal Reserve relaxed its medium-term inflation target and emphasised the priority of stimulating growth.

S&P downgraded its 2020 GDP forecast for the region to -6.4%, 1.7% lower than their June estimate, but cited a return to growth of +6.2% for 2021. India’s forecast saw a sizable cut from -5% to -9% for the year, as S&P noted countries within the region recovering at distinctly differing paces as a result of their varied responses to the pandemic.

It will come as little surprise that the EM debt market has seen a record year for downgrades, with 28 sovereigns cut by July. China is the exception to this general pattern, with industrial activity bouncing back quickly following its so far effective pandemic policies.

There has been some appetite from European investors in the past week to move up the risk spectrum, with two of the top 10 European-listed ETFs to see the most inflows being Emerging Market strategies – as investors moved out of short-duration government bond ETFs.

The environment isn’t getting any easier for commercial property in the UK. The reversal of the trend for restrictions being eased in the UK is a further blow to the property market as continued encouragement to work from home and shop from home has adverse consequences for the demand for retail and office space alike.

One of the sub-sectors in alternatives we invest in is the alternative income sector. The type of investment that is typically found here is ones like infrastructure projects or subsidised renewable energy projects. The recent demand for these has been high to their resilience in the current environment of pandemic related uncertainty and this has led to an increase in corporate activity in the sector. There is an especially high number of new issues and fundraisings in the sector, providing us with an interesting set of opportunities in a number of different investments.