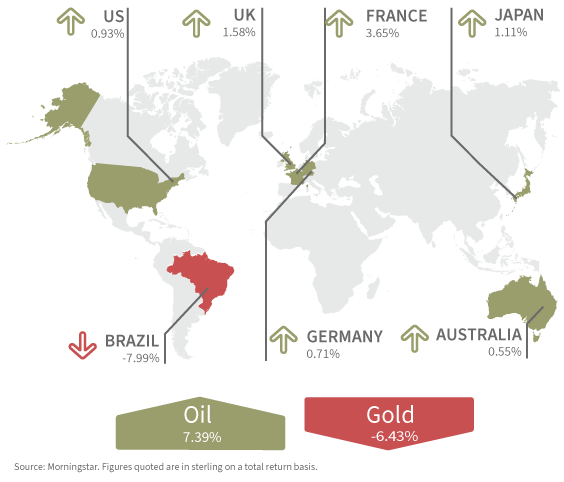 While stock markets have rallied since January concern remains that the surge in speculative assets such as Bitcoin and Tesla and rise in the number of IPOs of Special Purpose Acquisition Companies or ‘SPACs’, US shell companies listed to raise cash for the purpose of eventually acquiring other businesses, are signalling heightened risk of a pull-back.

Setting aside the anecdotal evidence and looking more closely at fundamentals, now that long-term borrowing costs are rising rapidly the stock market’s strong rally from the depths of the pandemic panic sell-off in March last year is being questioned. To put that in context the return on UK Gilts, government bonds, due for repayment in more than 15 years so far this year has been negative, a loss of 12.45% – an experience similar to the more important US bond market. As the economy recovers investors expect short-term interest rates to return to normal. Longer-dated bonds are more volatile but the scale of the move in February, a loss of 9.7% in the UK and over 5% in the US was unexpectedly sharp and briefly spooked stock markets.

A further concern is that shares have already priced in much of the global recovery and with every vaccination the need for emergency programs on the scale seen so far or proposed diminishes, removing another support for share prices. The US economy shrank by just 3.5% in 2020 and the scale of the $1.9 trillion dollar US relief package is being increasingly questioned, with fears it will re-create the excesses of the last century’s ‘roaring twenties’.

Our view is that a proportion of the longer-term spending announced will later be withdrawn but in the meantime, this ‘wall of money’ is causing excessively speculative behaviour that is often a warning sign that a correction is coming. Almost a year after the US market’s lows and a rise of 31.29% (19.95% to a sterling investor) a modest correction would be normal however in the short term a pullback after such exuberance could be messy.

The immediate aim of the emergency packages is to ensure capacity and jobs are protected by confidence in the future and the recovery assured.  Fine-tuning the delivery can come later. Another aim is to encourage domestic US investment, reversing the 40-year long loss of manufacturing jobs and technology to China, the new adversary.  China is also a large holder of US government debt, on which the real value of repayments will be seriously reduced if the package successfully raises the rate of inflation.

While alert to the risks we remain overweight equities with a bias towards undervalued markets with cyclical growth potential including the UK and Asia and remain negative on fixed interest.

February was one of the most eventful months in bond markets for a long time. There was a significant weakness in longer-dated bonds as investors shunned the very low yields that we have seen since the coronavirus crisis began. The US government 10-year bond moved from a yield of 1.09% up to above 1.5% in the space of the month with the speed and the size of the move surprising market participants.

UK equities returned 1.99% as investors continued to be attracted by low valuations, removal of uncertainty around Brexit terms, and the prospect of a rapid economic recovery driven by the obvious success of the Covid vaccination program. Once again it was not the largest companies that led the way but the mid and small caps with greater exposure to the UK economy.

Returns to UK investors over the past year have been held back by the strength of sterling, which hit lows this time last year.  After a period of significant strength, we are now cautious on Sterling short-term, expecting highs of around $1.45 and perhaps $1.50. Our view is that sterling was overvalued prior to the June 2016 Brexit vote and the subsequent fall reflected the loss of that premium and a discount for the uncertainty.  With expectations of economic growth now lower rate than before that vote there is little reason to expect the pound to appreciate much further in the short term.

Despite the well-reported problems with the EU’s vaccination scheme European shares returned 0.3%, with gains of over 3% in France, Spain, and Italy but 0.7% in Germany.

The core US stock indices gained during the month, but there was considerable volatility, with technology shares ending in negative territory. Rising bond yields were a concern, as investors factored in higher inflation as a result of the government’s huge stimulus plans and a gradual opening up of the economy from COVID 19 restrictions. Rising bond yields were felt most acutely in the valuation of higher-rated technology and growth shares. There was also considerable volatility in the shares of Tesla, the electric carmaker as both active and passive investors adjusted their portfolios following the inclusion of the stock in the S&P 500 index. Bitcoin and the Reddit day trading phenomena, which featured small retail investors targeting widely shorted shares held by professional hedge fund investors, added to a slightly fevered atmosphere in the market. With a further stimulus package being prepared by Congress, the concerns of bond investors have not yet been fully allayed, and rising bond yields may continue to have an impact on equity valuations.

The good news for the commercial property sector is that there is now a clear road map set out in the UK for businesses to reopen, providing some much-needed visibility to the retail sector especially, though it remains a challenging time ahead.

The most notable move in alternatives came from the price of gold which fell in January and has been on a downward trend since summer last year as investors shy away from the precious metal.