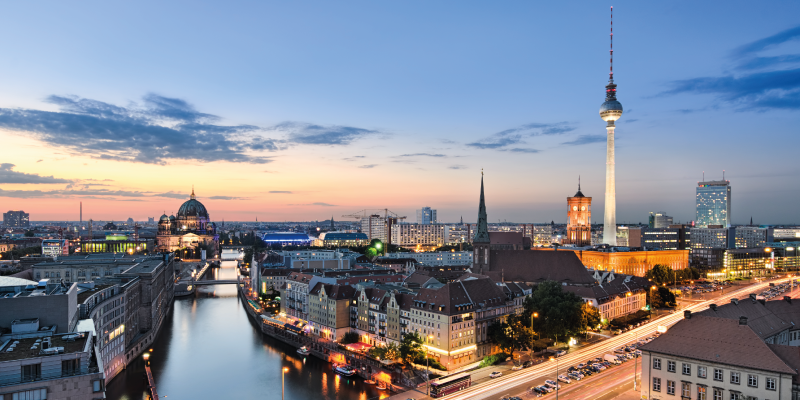 The US Federal Reserve raised interest rates again at its June meeting to a target range of 1.00% to 1.25%.

It also signalled plans to reduce the size of its balance sheet by reducing reinvestment of its bond holdings later this year.

In the first quarter, GDP dropped to an annualised growth rate of 1.4%, largely due to weak personal consumption which grew at 1.1%, the lowest since 2013, driven by a fall in durable goods orders. However, total loan growth, which is closely correlated with equity market performance, has fallen from an annual rate of 8% a year ago to less than 4% today, perhaps in reaction to rising interest rates. There has been some positive momentum in economic data. Industrial production has rebounded, rising at the highest rate in over two years, and a rebound in GDP is expected in the second quarter.

Despite a rise in investment, output was hit by a slowdown in household spending, which dropped to 0.3%, the weakest in two years, and a decline in exports. Arguably, consumption was hit by rising inflation, which rose to 2.9% in May, the highest in four years. However, we believe that inflation is now at or close to the peak for this cycle, a factor which is likely to alleviate some of the pressure on the consumer.

There have been mixed messages from the BoE on interest rates with the previous vote ending in a surprise 5-3 result to keep rates on hold. In the short term, the vote is likely to hinge on the inflation rate, although we suspect that ultimately there is little room for the Bank to increase rates by much.

GDP for the first quarter was upgraded to 0.6% as the region continued to show decent momentum, helped by strong domestic demand in Germany, Holland and Spain.

Additionally, there are signs of improving loan growth demand in France, Germany and Italy, particularly in the housing sector. Unemployment dropped to 9.3%, the lowest in eight years, and Consumer Confidence rose to the best level in over fifteen years. The French election results were as expected with Macron, the mainstream candidate, defeating Le Pen, the far right anti-establishment contender. Whilst this was seen as positive, the threat from extremist candidates remains present. Bailouts of two regional Italian banks were well received by the market, although there is a limit as to how much the taxpayer can be expected to fund.

The economy has been boosted by exceptionally loose monetary policy, but at some stage this is likely to be withdrawn. Despite claims from the ECB to the contrary, inflation would appear to have peaked, having fallen from an annual rate of 2% in February to 1.3% in June.

GDP growth for the first quarter was static at 0.3%, helped by an increase in private investment. Consumption, however, remains weak. There has been some improvement in certain metrics.

Exports increased for a fifth straight month in April, boosted by increased demand from China, the country’s most important trading partner. Industrial production rose 6.8% in May on the year, the best reading in three years. The unemployment rate fell to 2.8%, the lowest rate since 1994, driven by continued decline in the working age population, which is dropping by around 700,000 each year, an amount equal to around 1% of the total workforce. Wages have remained stagnant for many years. These factors suggest that domestic demand is unlikely to increase sharply. Sectors such as healthcare and technology remain the most attractive areas for UK investors.

China has seen little change in key economic metrics over the quarter with readings close to historic lows. Q2 GDP increased by 1.7% on the quarter.

Capital Expenditure rose 8.6% on the year in June, although this was driven by less efficient State Owned Enterprises. Retail Sales increased by 11.0% and Industrial Production was 7.6% better. House prices continue to drift.

The index for new houses increased by 10.2% in June. The annual rate of increase has now fallen for the last seven periods, largely driven by decline in Tier 1 cities such as Beijing and Shanghai. Over the quarter, Chinese equities were added to the MSCI benchmarks. Although it is a small amount for now, it may develop into something more substantial. Helped by strength in the technology sector, Taiwanese equities hit a fresh all-time high in June.

Brazil was rocked by corruption allegations of its new President, Michel Temer, who has been charged with taking bribes.

It is unsettling given that his predecessor, Dilma Rousseff was impeached as a result of corruption, suggesting the problem may be endemic in the political system. In response, the equity market has weakened over the quarter, although arguably more has been down to the poor performance of commodities, in particular iron ore and oil. Mexico has recovered its poise after Trump’s election. It would seem that too much negativity was priced in and Trump has been unable to deliver on his manifesto which would have put the country’s trade under pressure. Whilst the equity markets have stabilised, the peso has appreciated by over 10% against the US dollar this year. Ten year government bonds have fallen from around 7.5% to just over 6.5% as confidence has improved. 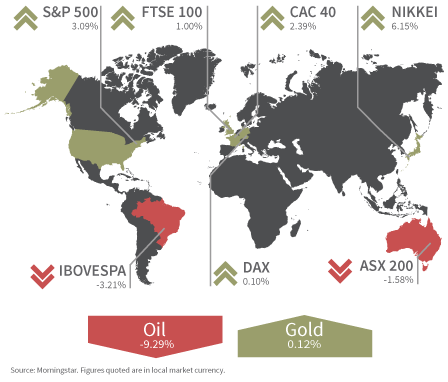