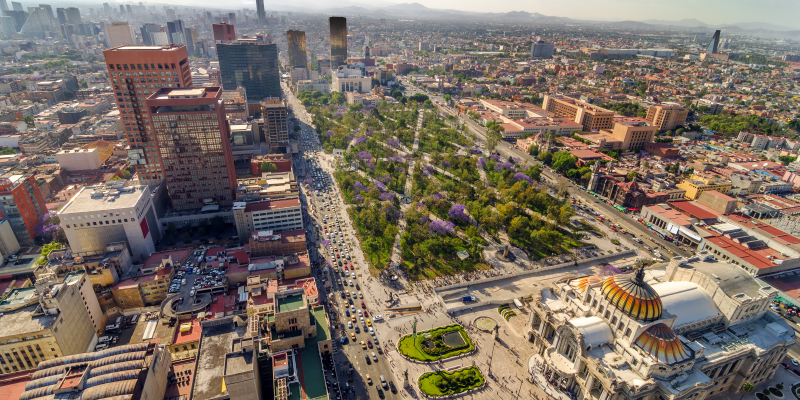 Interest rates were kept on hold in September but we view a rate rise in December as likely. The jobs market is showing signs of strength as labour market slack has been reduced.

This is evident as we have seen steady growth in real earnings, up over 2% in the second quarter on the year, and average job gains of over 170,000 for the last five months. Credit spreads (defined as being the difference between the value of two securities that have different prices but similar interest rates and maturities)have fallen too as the chance of a market shock has subsided in the short-term. Higher rates are not necessarily justified by the general economic situation. The GDP growth rate fell to just 1.2% in the second quarter, real sales growth slipped to 1.9% and industrial production is still declining on an annual basis. New orders have been weak in regional US Federal Reserve (Fed) surveys. Durable goods orders are on a par with aggregate levels below that of September 2011, indicating stagnation. Much of this data is consistent with what is seen at the start of a recession. It is important for the Fed to prevent unsustainable overvaluation of assets from low rates of borrowing. As inflation ticks up, the pressure to raise rates will only become greater.

There has been a rebound in economic survey data, although a large part of this is due to the weakness in sterling following the UK EU Referendum result.

This has helped manufacturing exports and resulted in increased tourism which has boosted retail sales. Services companies were able to pass on cost increases due to the weaker pound, although arguably the full costs are yet to be seen. This is likely to result in higher inflation in 2017, potentially hitting demand. Despite the modest improvement, the Bank of England guided towards another interest rate cut in Q4 with the possibility of more Quantitative Easing. The swift actions taken by the Bank so far have served to stabilise markets and reduce concerns over the financial sector. Early developments on trade deals following Brexit seem positive but it will take time for the true position to materialise. The government have announced plans to trigger Article 50 no later than March 2017. The International Monetary Fund (IMF) backtracked on their previous pessimistic view on the outcome of Brexit, upgrading growth prospects for the current year.

PMI survey data point to continued modest expansion, although at a slower rate. GDP grew at a respectable rate of 1.6% in Q2 on the year but this does not tell the full story.

Unemployment remains stubbornly high at 10.1% with the rate static since April, although there has still been gradual improvement over time. Inflation remains low, up 0.4% on an annual basis, and consumer confidence has deteriorated over the quarter. The banking sector is struggling as investors have been increasingly concerned about solvency, particularly in relation to Italian banks. Additionally, political risks remain elevated in Germany, where Merkel’s popularity has declined due to the immigration crisis and in Italy, where a referendum on the powers of the government is set to take place in December. This underlines the problem of weakened leadership across the eurozone that lacks the support to make decisions to bring about reform and with it promote long-term economic growth.

GDP growth for the second quarter of the year was revised up to an annual rate of 0.8%. There was strength in private residential investment, up 5.6%, and government spending, up 2.0%, although consumption was flat, growing only 0.4%.

Exports have been weak, with the total value around 9.5% lower for the year to date, hit by the strong yen which has appreciated by over 10% so far this year against the US dollar. In its latest meeting, the Bank of Japan made an ambitious change to its monetary policy, introducing a new scheme called quantitative and qualitative easing (quantitative easing being a form of monetary policy where the central bank purchases government securities or other securities from the market in order to lower interest rates and increase the money supply, and qualitative easing being a form of monetary policy where a central bank shifts purchasing to less liquid and riskier assets; collectively known as QQE) with yield curve control. It will continue its bond buying operations at the rate of 80 trillion yen (£631bn) per annum, additionally targeting a rate of zero for the ten year bond yield. This latter policy will aim to create a steep yield curve in a bid to improve banks’ profit margins. In practice, we believe it will be difficult to control interest rates if market participants demand long-dated bonds to meet liabilities. When one considers the difference in interest rate prospects against the US, where rates are expected to rise, we believe the yen could be vulnerable after the strong run it has enjoyed.

China has seen improvement in the latest economic data with retail sales and industrial production picking up.

Capital expenditure rebounded from the lowest level since 2000, rising 8.2% on the year. However, this was predominantly driven by state owned enterprises (+21.1%) as opposed to the private sector (+2.5%). We see this trend as unhealthy as the private sector has been the key driver of growth and jobs in recent years. State owned enterprises tend to be inefficient and do not contribute significantly to long-term growth. We have concerns about the residential property sector where another bubble appears to be building due to insatiable demand for houses in tier 1 cities – the ‘big four’ of Beijing, Shanghai, Guanzhou and Shenzhen. Beijing prices appreciated by 23.5% and Shanghai 31.2% over the year, a rate of growth which seems unsustainable given the rapid rise in total gross leverage in the economy which now stands at around 300% of GDP. Korean trade data has been weak with exports still on a downward path. Hanjin Shipping, the world’s seventh largest container line, filed for bankruptcy protection. The company has struggled due to overcapacity in the industry which has driven shipping rates down. With approximately half of its ships stranded at sea and unable to dock, trade has been disrupted. In the short term this may lead to higher prices for imports as cargo ship supply is limited, although consumption may be hit as a result. Australia reported an acceleration in the GDP growth rate to 3.3%, ensuring that it has now gone 25 years without a recession.

Equities in Emerging Markets have continued to perform well over the quarter, reflecting resilience in oil and other commodities.

However, with the US poised to increase interest rates, we believe that this recent outperformance may be threatened. Oil has rallied strongly from the lows early this year but upside looks limited in the medium term as the market is set to remain in surplus for longer than expected as supply continues to outweigh demand. Any US interest rate rise is likely to result in increased demand for US dollars at the expense of other currencies, particularly those in emerging markets which have built up significant dollar denominated borrowings. Chile, Mexico and Turkey look most vulnerable in this regard. Brazil remains in a technical recession with the economy having contracted for the last six quarters.

However, the stock market and currency have rebounded strongly in line with the oil price and hopes of improvement in the political situation, following the impeachment of the previous President, Dilma Rousseff. Mexico arguably has the most to lose if Trump were to win the US election. The US could adopt a stricter approach to enforcing trade rules which could affect Mexico badly. Additionally, around $24bn is remitted back to Mexico from Mexican nationals in the US every year. If Trump were to deport illegal immigrants, a portion of these flows would be interrupted, reducing demand for the Mexican peso.