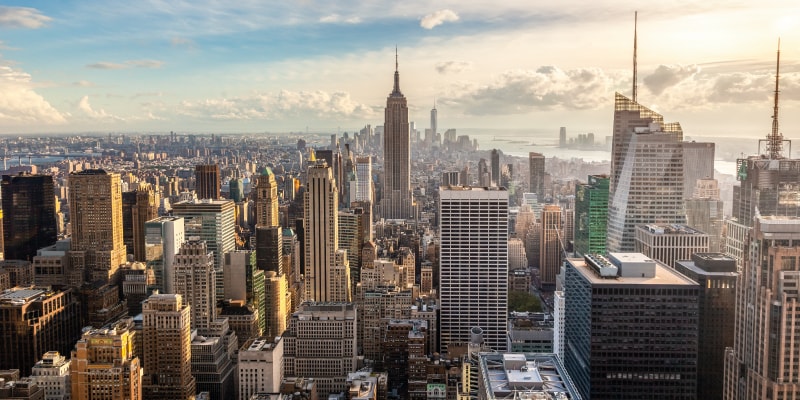 Our overviews for United States of America, UK, Europe, Japan, Far East and Emerging Markets along with our market weightings at a glance.

It signalled that it would hike three more times over each of the next three years, taking rates to 3% by the end of 2019. It is worth noting that although four interest rate hikes had been anticipated at the start of 2016, only one was implemented. Although the Fed is concerned that higher rates would derail the recovery, failure to act could lead to rising inflation and an increase in speculative activity which could prove damaging to the economy. The economic data are mixed. Jobless claims fell to new lows, but participation is weak and the rate of employment growth is slowing. Key indicators, Durable Goods and Industrial Production, are both in contraction and this could feed through to weaker economic output against widespread expectations of firmer growth.

Investor sentiment has improved as the UK markets rose 14% in 2016. A contributing factor was the decline in sterling of 16%, helping to boost international earners.

The rise in UK markets has not been backed up by hard data. Interest rate expectations have been set back over the year. A rate of 1% is now expected by end of 2019, as opposed to June 2017, one year ago. In the medium term, any rate hikes would be impractical given record mortgage debt of £1.3tn and the highest level of unsecured debt since 2008. Despite weakness in sterling, manufacturing and the broader industrial production have fallen on the year, contradicting a rise in the Purchase Managers’ Index (PMI) survey data which bounced sharply from the post Brexit lows.

The weaker pound may have made the UK more competitive, but the actual value of transactions declined for the same reason. It also resulted in a decline in consumer confidence in November. The government set back expectations for budget deficit reduction, with the focus on generating growth instead.

The economy continues to recover, albeit slowly. GDP for the third quarter was up 1.7% on the year.

Unemployment fell to 9.8%, the lowest since July 2009 and there has been continued improvement in the PMI survey data. Demand for corporate loans and mortgages has been driven by France and Germany, with little growth seen in other countries. The banking sector has stabilised somewhat as confidence has improved as Italy’s largest bank, Unicredit, completed a successful capital raising exercise. The European Central Bank (ECB) remained accommodative, extending the period over which it plans to conduct its Quantitative Easing programme to December 2017 but reducing the monthly amounts of bonds it plans to buy from €80bn to €60bn. However, the recovery remains fragile and is threatened by political developments. Following the referendum in Italy which saw the status quo rejected, elections in France, Germany and the Netherlands this year could prove disruptive to economic prospects.

GDP growth picked up in the third quarter, rising at a rate of 1.1% on the year.

Growth was driven by an improvement in net exports, although in reality, this was down to a sharp fall in imports, indicating weak domestic demand, rather than an increase in exports. In confirmation of this trend, household consumption growth fell to a meagre 0.2%. The Bank of Japan kept rates on hold at -0.1% and continues to target ten year government bond yields of 0% through its asset purchases. Following a strong start to the year, the yen weakened in Q4, in particular against the US dollar. Investors have started to focus again on the growing divergence in interest rate policy, a factor we highlighted in October. With rates rising in the US, negative rates in Japan are discouraging saving as there is a cost of holding cash.

Equities in the sector have come under some pressure following the success of Donald Trump in the US election.

Investors are concerned that emerging markets will be affected by rising protectionism in the developed world which may threaten domestic employment. Generally, currencies have weakened as investors have priced in higher US interest rates making the US dollar more attractive on a relative basis. The Turkish lira in particular has been very weak, falling to a record low, partly reflecting weakness in the economy but also growing domestic political concerns. The Mexican peso has also weakened sharply, following Trump’s victory, as we predicted in October due to fears over trade. On the other hand, resilience in commodities, in particular oil and copper, has helped boost economies like Russia, Chile and Brazil which have large exposure to resources.

Although the latest economic data in China has shown signs of stability, key indicators, including industrial production, capital expenditure and retail sales, are growing at their slowest pace in many years.

This is reflected by a slowdown in GDP, up 6.8% for the year, the weakest growth since 1990. It is concerning that growth is still dominated by the government sector, which accounted for the vast majority of the increase in capital expenditure. House prices rose by 12.4% on the year, the fastest on record. We believe this represents speculative activity and partly reflects the lack of investment opportunities elsewhere. On the downside, the yuan fell to the lowest since 2008 as the outflow of capital from China is increasing. Following a surprise contraction in Australian GDP in the third quarter, the economy is now at risk in entering a recession for the first time in 25 years.

Our market weightings at a glance