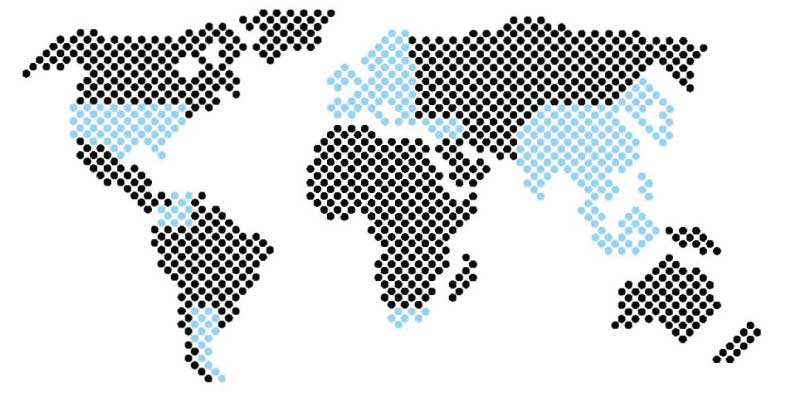 GDP growth rebounded in the second quarter after a weak start to the year, helped by growth in services. This was boosted by a rebound in retail trade. On a year on year basis, output increased by 1.2%.

However, business investment has now fallen for the last two quarters. As expected, the Bank of England raised interest rates by 0.25% to 0.75%, the second move in a year. No further moves are expected until after Brexit takes place in March 2019 at the earliest, even though the final outcome remains uncertain. A tighter labour market has resulted in some improvement in wages. Average earnings increased by 2.9% on the year, although after adjusting for inflation, the real gain was only 0.3%. Although there are more people in the workforce, growth in working hours undertaken is effectively flat, indicating weak productivity growth. Trends in loan issuance remain weak, pointing to a subdued outlook.

In the second quarter GDP growth slowed to a rate of 2.2%. Of the leading European economies, Germany and Spain produced stronger growth than France and Italy. The initial print for the third quarter saw annual growth drop to 1.7%. The European Central Bank announced that it would start to unwind its Quantitative Easing program and finish net purchases of assets by the end of the year. However, there is little urgency to increase interest rates and this is not going to take place until 2019 at the earliest. Unemployment continues to fall, down to 8.1% from 8.6% at the start of the year. Private sector loan growth has continued to expand, rising 3.1% on the year, the best growth since 2009. Both of these factors remain positive to overall economic growth. On the downside, consumer confidence remains muted and political tensions in Italy remain high following the budget deficit target which was set above EU guidelines.

GDP growth for the second quarter was confirmed at an annual rate of 2.9%. The growth rate rose to 3% for the third quarter, boosted by steady growth in consumer spending. However, growth is expected to peak in the first quarter of 2019 at 3.2%, before dropping back to 1.8% in 2020 as the effects of fiscal stimulus fade. In a widely anticipated move, the Federal Reserve raised interest rates again by 0.25% to a range of 2.0%-2.25%. It guided to one further rate hike this year, three in 2019 and a further hike in 2020. This could take the interest rate to between 3.25% and 3.5% by the end of 2020. In terms of normalising interest rates, the US remains well ahead of other developed economies. Overall, the economy remains in good shape with strength in durable goods orders, industrial production, which touched an 8 year high, and retail sales.

Economic output was upgraded for the second quarter with improvement seen in business spending and private consumption.

On the year, GDP improved by 1%. However, the outlook is clouded somewhat as the sales tax is set to increase next year and this could impact consumer spending. Inflation increased by 1.3% on the year in August, the highest rate of growth in 6 months, due to rising food and transport costs. At this level, it is unlikely to make any difference at all to the Bank of Japan’s monetary policy which remains highly accommodative. It has no plans to normalise its Quantitative Easing program or interest rates. In fact, the Bank of Japan is moving in the opposite direction to other central banks, having recently extended its asset purchase program to include smaller companies listed on the Topix exchange. In the long run, this will put the Japanese yen at heightened risk of depreciation.

Data in China has on the whole been disappointing. Growth in capital expenditure fell to 5.3%, the lowest level since the series began in 1996. Whilst private investment has remained robust, there has been a slump in state-owned, government investment which has moved into near stagnation. Industrial production and retail sales showed some improvement but remain close to historically low levels, indicating a continued slowdown in growth momentum. Markets have weakened as China was seen to lose more from trade wars than the US, given its reliance on exporting.  More recently, confidence has risen on hopes of stimulus measures, in particular the acceleration of infrastructure spending. This move would be at odds with China’s recent focus on clamping down on risky loans.  Reports have indicated that corporates are running short of funding and this  is harming Chinese exports.  Despite rising trade tensions between the US and China, Taiwan upgraded its GDP forecast for the year, citing solid employment and wages.

As the US has continued to raise interest rates, emerging markets with high levels of US dollar denominated debt and large current account deficits, a measure which largely represents a country’s balance of trade, have seen their currencies come under sustained pressure. Despite raising interest rates to 60%, Argentina has seen the value of its currency fall by over 50% this year against the US dollar with the country seeking emergency assistance from the International Monetary Fund (IMF). Turkey, South Africa and Colombia, countries also with large deficits in their current account, have also seen weakness in their currencies. Countries with surpluses in their current accounts such as Thailand, South Korea and Malaysia have witnessed more stability in their currencies. The recent volatility shows the importance of selecting underlying exposure carefully in emerging markets, even though long-term prospects are on the whole positive.