The Board of WH Ireland Group plc is responsible for the management of the Group and comprises of three Directors and four Non-Executive Directors.

Phillip began his career in UK Gilt Edged & convertible bonds, spending ten years at Goldman Sachs in New York and then London, as co-head of pan-European equities. He managed the equity businesses at Commerzbank and then at Knight Securities, where he was appointed European CEO. In 2004 he moved into fund management as CIO of a multi-strategy hedge fund, returning to the sell-side in 2007 with Collins Stewart working closely with the expansion of the wealth management product. Phillip joined Seymour Pierce, the corporate & institutional broker and wealth manager, in 2010 and was appointed its Chief Executive Officer in 2011. Between 2012 and 2016 he was Chief Executive Officer of Panmure Gordon & Co. Prior to joining WHIreland in August 2018, Phillip was Head of Fixed Income (Europe) at Cantor Fitzgerald Europe. 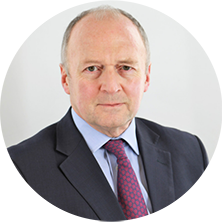 Simon was Finance Director of Saunderson House Limited from January 2019 until March 2021, prior to its acquisition by Rathbone Brothers Plc, having previously been Group Finance Director of Brooks Macdonald Group plc from November 2000 to April 2018. In both roles he helped implement both organic and inorganic growth strategies whilst building finance capabilities that are essential to meet the increasing requirements of a growing, regulated business in public markets. Simon’s time at Brooks Macdonald included its admission to trading on AIM in 2005; between 2005 and 2017, Brooks Macdonald grew its funds under management from £371m to £11.7bn. Simon qualified as a chartered accountant with Macintyre Hudson, and spent 10 years with Rutland Trust plc, in a variety of senior finance roles, prior to joining Brooks Macdonald. 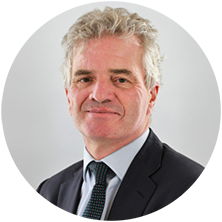 After graduating from Oxford University, Simon joined Kleinwort Benson in 1984, moving to work in their Tokyo office in 1986. In 1991, he joined Banca della Svizzera Italiana, working in Tokyo and then their London office. In 1996, Simon left investment banking, joining, and co-investing, in the forerunner of the Heartwood wealth management business. His managerial role initially entailed establishing a London office for the growing business. He subsequently headed both the client and investment teams, before becoming Chief Executive in November 2008. In May 2013, Heartwood became a wholly owned subsidiary of Handelsbanken and Simon continued as Chief Executive until July 2014 and subsequently left on the third anniversary of its acquisition.

Helen is a highly experienced non-executive director having served on a number of audit, remuneration and investment committees. Prior to her focus on non-executive director roles, Helen co-founded and ran Matrix Private Equity (now Mobeus Equity Partners LLP); a successful private equity firm, with a focus on SMEs. Helen has a thirty-year track record as an investor, board member and board observer in a range of sectors, including early stage technology/digital media, retail and consumer and financial services with considerable expertise in alternative asset management. 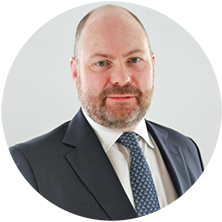 Tom is a highly experienced CEO/CFO who has operated in senior leadership roles within Banking and Regulated Financial Services. Tom was Chief Restructuring and Financial Officer of the Co-operative Bank plc (2017-2019) having advised on its third recapitalisation. Prior to this Tom was CFO and Interim CEO of Shawbrook Group plc leading the IPO of the business in 2015.

More recently Tom has advised PE funds and investors in financial services in respect of M&A and transformational growth.