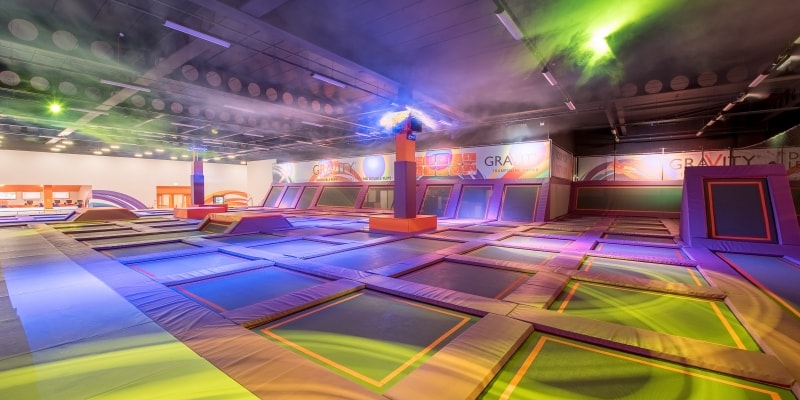 WHIreland has successfully advised its client Gravity Trampoline Parks, a premium trampoline operator, to secure £5m through private investment from a Guiness Management EIS fund, to accelerate its growth plans.

The story so far

Gravity is a premium trampoline operator with four high profile parks in Yorkshire, Maidstone, Norwich and Hull. The company was founded in 2014 by Harvey Jenkinson and Michael Harrison, two young entrepreneurs from Yorkshire.

Gravity has achieved huge success so far with over 1,000,000 people visiting the existing parks in 2016 alone and with demand expected to continue, it has ambitious growth plans. February 2017 recorded the highest revenues to date.

It is an exciting time in the journey of the company, which will use the funds raised to accelerate the roll out of the branded trampoline parks, in addition to renovating the Xscape Yorkshire park and to increase capacity and install further features in existing parks, such as Clip ‘n Climb.

The next four parks which have been secured are:

Gravity has quickly grown a reputation for being a preferred partner from the major landlords including Land Securities and INTU, which continue to present new park opportunities in assisting the roll out and growth of the Company.

On the Company’s ambitions Harvey Jenkinson, founder, said: “We are now well placed to achieve our mission of becoming the number one trampoline park operator in the UK defined by market share, quality, safety and FUN!  There is a huge opportunity to continue to expand our brand and we are excited to open the new parks over the coming months.”

Expansion to date has been funded through equity investment from the founding Directors and a founding shareholder, Simon Whicker, an ex-KPMG restructuring Partner.  Subsequent internally generated cashflows have helped further fund the roll out and a small debt facility has assisted with working capital.  The investment from Guinness Asset Management through one of its EIS funds will provide further growth capital to accelerate the growth plan nationally.

Adam Pollock, Head of Corporate Advisory & Broking at WHIreland commented on the fundraising: “I am delighted that WHIreland has been able to support Gravity in its first material equity raise which will facilitate the construction of four new trampoline parks, doubling the size of the Company today. This demonstrates WHIreland’s ability to advise ambitious growth companies in the private arena in addition to our established broking and advisory services for public companies.”