We are delighted to increase our support for the Milton Keynes City Orchestra (MKCO) in their forthcoming season. WH Ireland supports a number of arts projects and organisations across the country and is one of a growing number of corporate supporters in Milton Keynes to be involved in MKCO’s ongoing cultural programme.

WH Ireland will support the 2017/18 season’s opening concert on 29th October 2017 at Milton Keynes Theatre, and features some of the greatest musical theatre shows ever staged in London and on Broadway. Other supporters of the opening concert along with WH Ireland include Milton Keynes Council, Geoffrey Leaver Solicitors and Hillier Hopkins Accountants. The support of WH Ireland and MKCO’s other corporate partners is an important part of Milton Keynes’ culture and the survival of music in a city which is bidding to be European Capital of Culture in 2023.

Steve Hutchings of WH Ireland in Milton Keynes said, “This is the third consecutive year WH Ireland has supported MKCO and we share many beliefs. We were delighted to hear that MKCO won the Cultural Impact Award at this year’s MK Business Achievement Awards which is well deserved and is a further endorsement of their aim of nurturing and enabling high-quality music making.” Steve continued, “As a group, WH Ireland believes in the benefits of high-quality cultural programmes and it is important that we at WH Ireland play a part in the community where we live and work. The WH Ireland team, myself and our clients, are very much looking forward to another memorable evening at the MKCO’s opening concert and the Opera Gala in 2018.”

Marian Livingstone, Chairman of MKCO commented, ”This is such an exciting development for MKCO, WH Ireland is a powerful company with a long held reputation for supporting the Arts. Steve is personally a great supporter of classical music, his enthusiasm for what we are planning to achieve is a great pleasure to hear and to work with.” 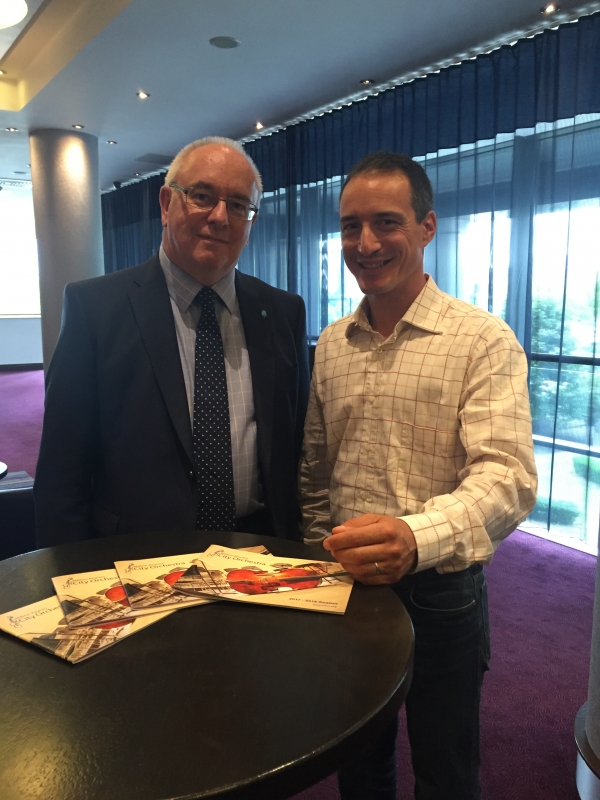