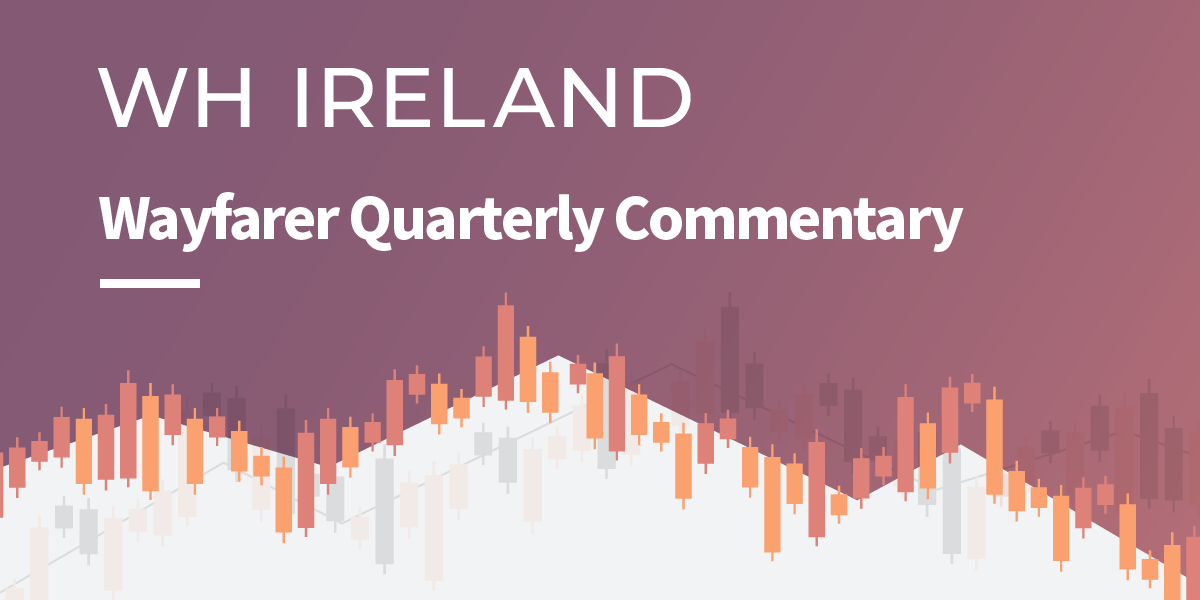 Well it’s begun. The first baby steps on the path towards normalisation of monetary policy in the West, that were not even considered a possibility last January, were taken by the US and UK in December. During the quarter, consensus had gone from thinking such moves were a near certainty before Omicron and the initial blink by the Bank of England in November reduced the probability significantly. In the end, rates were raised in the UK and the Federal Reserve began to taper asset purchases. We opine that both moves are correct. To put such moves in context I will turn to the field of Topography. In New Orleans Zoo there stands Monkey Hill, a man made mound around 40 feet above sea level. It was allegedly constructed in the 1930’s so children of Louisiana could truthfully boast they had seen a real mountain. To those who have seen the Scottish Highlands, never mind the Alps or Himalayas, this mound barely registers. And this holds true of the most recent moves in the UK and US.

Monetary policy now is as far removed from the levels previously considered normal, never mind high, that they barely register and in our analysis will have minuscule impact on the global economy.

In fact the real economy in the developed world was showing signs of re-accelerating from the summer pause in momentum and in the areas where it wasn’t, this was entirely due to COVID restrictions and/or parts shortages (e.g. European auto production). It was not due to diminishing final demand.

Chart 1. Supply is yet to rebound to the same extend as demand

Examples of the re acceleration include the first rise in UK Retail Sales for six months in October, very strong US Factory Orders the same month, stronger than expected UK job creation, an increase in the Global Manufacturing Confidence Index in November, two consecutive rises in UK Services Orders, German Industrial Production rising more than expected in November and an increase in the Japanese Tankan Services Index following an end to the latest state of emergency. Within the quarter’s data releases were even signs that supply shortages may be beginning to ease, boding well for economic growth in 2022.

Across the West, inflation continued to beat expectations and indeed the Federal Reserve formally dropped the use of the word “transitory” in reference to elevated levels of price increases.

You can’t put a good market down! There were certainly enough walls of worry for equities to surmount in Q4 but in the end most major indices climbed them all, although some emerging markets put in more muted performances.

We had the almost routine US debt ceiling wrangling, the Russian troop build-up on the Ukrainian border, the aforementioned (slight) withdrawal of excess liquidity, the Northern Ireland Protocol impasse, the Chinese Property Sector liquidity crunch, soaring European gas prices, labour shortages, parts shortages, a potential fishing war and of course, Omicron. The reason markets were still able to advance is that in most instances investors concluded that things were close to the nadir and that next year will be better than last (we don’t know for sure on Ukraine or Northern Ireland).

That and the fact policy is still incredibly loose.

Within this environment investors played it coy and generally sought allegedly safer stocks and ‘Covid Winners’.

Chart 2. Small caps have started to underperform across Europe and the US (Source; Barclays, Datastream)

For the quarter as a whole, German and US 10 year bond yields barely moved whilst UK gilt yields fell a bit as political travails, an early onset of Omicron and a misinterpretation of Bank of England intentions in November made investors (wrongly) reconsider the prospects for rate increases. However, the big story in bond markets was not the movement in long yields but the flattening of the yield curve that occurred due to short interest rates rising. This is very important as it is often seen as a harbinger of much slower economic growth and, as referred to above, drives investors in to equities considered less economically sensitive. How this played out is depicted in the two charts below.

Table 1. Performance of assets in Q4 (all figures in base currency)

Despite recent short-term setbacks, the outlook for the global economy is still positive for the next twelve months. If we think about it, although 2021 was a recovery year, many parts of the global economy were restricted/locked down for periods ranging for 3-5 months therefore the recovery remains far from complete. The following chart demonstrates how far below trend the Services part of the economy remains.

An interesting statistic is that car sales in Germany were the lowest since 1990, entirely due to parts shortages. Sales will therefore normalise at a much higher level as parts become available. This alone will have a noticeable effect on European economic activity.

Another ballast for growth in 2022 is that we have not really had a credit cycle yet post COVID and banks are much better capitalised than they were post Lehman. As credit demand grows, banks are well placed to supply loans thus aiding the recovery further.

Chart 6. Loan growth has been flat year-over-year, we are yet to see a credit cycle post-Covid (Source; Refinitiv, Eurostat, Barclays)

As we know from experience, Financial Markets and the Real Economy don’t always move in tandem and it is likely 2022 will prove somewhat volatile for the former as investors fret about whether Central Banks will remove stimulus too slowly or too quickly, whether inflation will remain too high or fall quickly towards deflation and whether China will be able to reach economic glide path without first encountering too much turbulence. And the above are before we consider the geopolitics of US Midterm Elections, Russia-Ukraine, China-Taiwan, Iran, and the remnants of the Brexit issues.

However, our analysis leads us to believe that investors have probably underestimated the earnings power of many companies who have responded in profound and nimble ways to better deliver their products and services amidst COVID and supply disruptions.

Last year was the worst in decades for government bond performance but yields still remain well below where they were pre COVID, never mind pre Lehman. Yet economic growth will likely remain strong and inflation, whilst falling from extreme levels, will likely settle at levels higher than the decade ending December 2019.

So we think bond yields should continue to trend higher, amidst greater volatility.

One refrain we hear is that governments can’t afford rates to go much higher because they can’t afford the interest payments on the very high level of debts they carry. This is an attention grabbing narrative but actually does not stand up to historical analysis.

As shown below, both the UK and the US have successfully dealt with much higher interest payments (for many years) as a percent of GDP.

Given the thoughts detailed above we remain overweight equities, concentrating on these areas which have continued scope to emerge stronger post COVID, on funds which will be able to compound dividend growth at rates above inflation and we continue to be underweight areas which are susceptible to valuation compression as rates increase i.e. bond funds and US assets in general.

Within equities we are overweight the UK, Asia and Japan. We have increased European equities during the quarter and also took advantage of the late November swoon to add to a short duration high yield bond fund in order to add to the yields of our models.

We are confident our models are well placed to benefit from ongoing economic recovery and to avoid some of the most affected asset classes when bouts of volatility related to rate increases occur from time to time during the year.