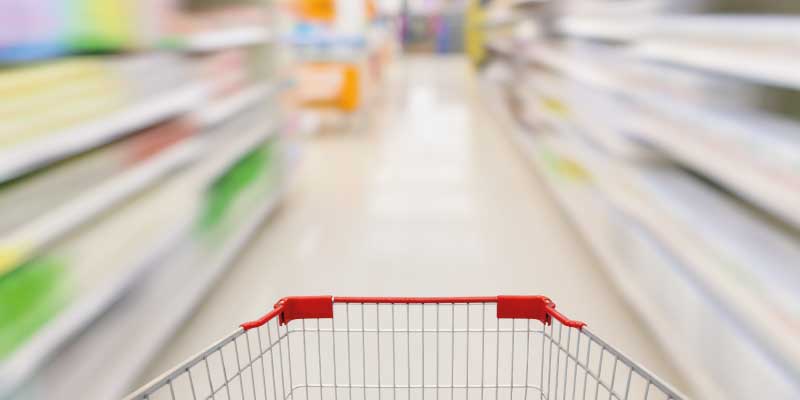 Luke Tribe from our Research Team discusses the recent consolidation within the food retailer market.

Food retailers may have had several difficult years of trading, but the industry’s intention is now clear and a consolidation of the sector is underway. We review the recent deals in the food retail sector and highlight the opportunities and risks it faces.

Following Tesco’s deal to buy wholesaler Booker last year it sparked several acquisitions and alliances in the food retail sector. Most recent was Tesco’s strategic partnership with French operator Carrefour. The deal will be focused around its relationship with their global supplier network. They plan to join together in the purchase of global branded and own label products to purchase larger volumes in order to receive a discount for bulk purchases. Bargaining power may be good for keeping up with the competition, but the industry is facing wider challenges from changes in consumer shopping habits. Tesco’s Chief Executive, Dave Lewis hopes a combination of a leaner business and strategic partnerships will improve margins and provide some defence from the challenge of the discount retailers such as Aldi, Lidl and most recently B&M. Kantar, who provide a survey of market share of the food retail sector, shows Tesco as market leader in the sector with 27.7%, whereas three years ago that figure was 28.3%. In contrast, Aldi has grown its market share from 6.1% to 7.4% over the same period.

Tesco is not alone in its strategy to grow larger to combat competition. Sainsbury’s has been equally active in growing through acquisitions and making alliances. It first acquired Home Retail in 2016, who owned general retailer, Argos. The deal was done to gain greater exposure to the click & collect market in response to changing consumer shopping habits. Now it plans to merge with Asda in a deal that will share ownership between Sainsbury’s and US Retail giant Walmart, who will own 42%, of the combined entity and receive £2.975bn in cash. There are similar benefits from scale in purchasing power and lower cost of distribution, but the brands will remain separate. The deal also suggested that there would be some investment in technology, which would be a clear sign the deal is much more than just scale. The ability to adapt to changes in consumer demand for convenience and online shopping is also of key importance. Interestingly, a deal between Sainsbury’s and Asda, on current standings of the Kantar survey, would have over 30% market share, which could see Tesco relinquish its market leading position if the deal is granted Competition and Markets approval with no stipulations to divest some of its store estate. If it passes regulatory scrutiny the deal is likely to complete in the second half of 2019.

Following consolidation, investment discussion is moved to the wider supply chain and the impact on the large consumer goods brands is unclear; the Marmite dispute between Tesco and Unilever only serves to cloud the issue of who holds the bargaining power. General market trends have led to greater choice, price competition and convenience, many of which call into question the future of smaller food retailers. The Co-operative has recently completed a deal for the convenience shop chain NISA and has also had a bid rejected for convenience store estate Costcutter. B&M Retail has bought Heron Foods, a frozen food specialist. Both are valid strategies to find a niche in a difficult market, but both are susceptible to higher food costs. Much clearer is that these deals are favourable for the UK consumer, both in terms of service and price. Competition is likely to remain high in what is a crowded marketplace. Although many constituents have seen some operation improvement from shrinking central costs, it has been very challenging to grow sales organically. With disruptors like Amazon and Ocado to provide greater competition with technology platforms and home delivery, huddling together seems more like survival rather than a means to thrive.